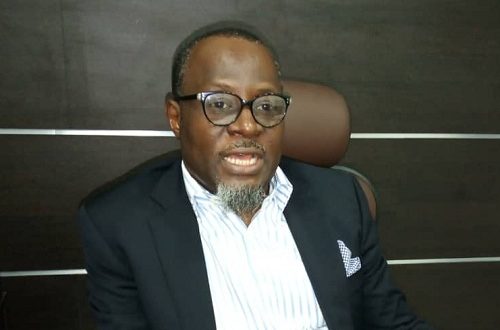 MANAGING Director Finchglow Group, Mr. Bankole Bernard has called for a policy review on the countries airports, explaining that if there is no connectivity between international and domestic terminals in the country, the much vaunted hub will be unrealistic and foreign carriers will not interline with indigenous airlines.

This is just as he commended the action taken by the Federal Airports Authority of Nigeria(FAAN) following the unfortunate breach at the Murtala Muhammed Airport Lagos, stating that

Speaking to reporters in his office on sundry issues, Bankole said that the airports in the country currently were not designed to push for the hub status that has been talked about for decades now advising that Federal government needed to address that because for foreign airlines to partner with domestic carriers many certain standards need to be met.

He explained, “I want you to know that the foreign carriers have their standards of operations and they are not going to fall short and will probably not cut corners because they are being supervised by their head offices looking at what they are doing.

“If our local airlines are not living up to expectation, it will be difficult to partner with them or if their policies do not create such, for instance, our airports as it is designed today have not been designed to have connecting flight, so its going to be difficult for such airport to say its going to operate as a hub.

“So when you do not design the terminal to create an interline for passengers for instance if you come inside Nigeria today and you need to go to Enugu, you are going to come out of the airport completely, go into town and go into another terminal to check in your luggage, it’s not like that in other parts of the world. Take Jo’burg for instance, they tell you pick up your bag and check it in within the same terminal. So, we don’t have such here, if we don’t have such here, how is the international flight going to interline with our carriers. By the time the luggage goes into town, who is going to take responsibility for it? it’s going to be tough so we need to look into some of our policies. Some of our policies are old, we need to revive it.

On the security breach that generated ripples recently, Bankole said the new Managing Director of FAAN, Captain Hamisu Yadudu, took immediate and correct steps by suspending those on duty to send a strong message and act as deterrent to others who do not take their responsibility seriously.

” He took responsibility and suspended those on duty which shows he is responsive as a leader. The man has taken the action and it will go a long way to ensure that such will be checked against, I am sure that FAAN as it stands today will understand and somebody somewhere will know that there is a new sheriff in town. He was appointed about two months ago so he wold reveal his plan. It was a good decision he took, otherwise that story would have spun out of control and he took responsibility.

He urged stakeholders to always proffer solutions to situations that would help the industry and in turn the economy grow.

He advised, “No industry of economy grows with criticism, if you are going to criticize, then proffer solutions but you find out that some channel their energy so much on criticism that its difficult to proffer solutions. Before we begin to point fingers that the Minister didn’t do this, the DG didn’t do that, what have we done?”

Nigerianflightdeck is an online news and magazine platform reporting business stories with a bias for aviation and travel. It is borne out of the intention to inform, educate as well as alter perceptions with balanced reportage.
Previous Global leaders join African presidents to tackle job creation, youth empowerment at 2019 TEF Entrepreneurship Forum
Next NCAA certifies Air Peace fleet air worthy after comprehensive audit