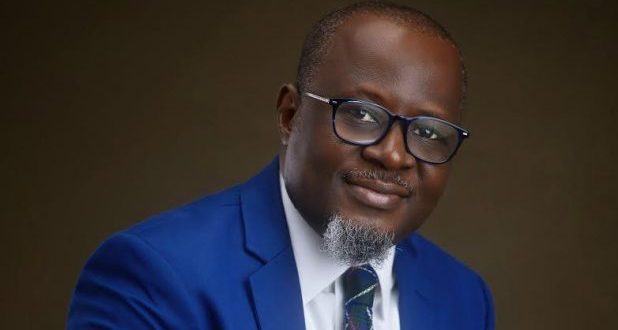 Share
CHAIRMAN Finchglow Holdings, Mr. Bankole Bernard has said that the effect of unremitted funds to foreign airlines will not only affect the cost of airfares but the number of air travellers, cost of goods and rate of inflation calling on government through the Central Bank of Nigeria (CBN) to address the issue of the funds as it affects aviation and other industries.

He equally described as unfortunate , the fact that two airlines are temporarily suspended but said safety was important in the air transport business although the suspension’s impact will be felt

Mr. Bernard who chaired the 26th League of Airports and Aviation Correspondents (LAAC) Annual Conference made this known at the sidelines while responding to questions regarding the industry.

On the repatriation of funds he said,”For me, on the issue of non repatriation of funds by the foreign airlines, I think it is an issue that is over flogged. I don’t think at this particular point in time we should still be talking about things like this, we need to go back to the drawing board and address this thing the way we had addressed it in the past.

“Remember two years ago, we had this kind of issue that even the funds got to an amount far higher than what it is now about $750 million and here we are we are talking about $450 million that has been stocked as a result of CBN not providing funds, I think we need to give priority and I think with the sort of service that this foreign airlines have brought to us I think CBN should have given them priority in being able to repatriate their money.

” I honestly don’t understand what is happening at CBN but it really requires a lot of intervention, the government needs to address the issue.

“It means the cost of those goods are going to up and its going to affect the general masses, so I don’t understand why we can’t address this to be able to bring down inflation. If forex is in scarcity, the cost would go up, as at yesterday the black market is already doing N710, I mean it is ridiculous, the CBN needs to look into this because it would affect every industry including the one we found ourselves because this industry of today the spare parts, the training, the service, everything is dollar denominated, so if it is dollar eliminated, the impact is going to be huge, so government just need to intervene.”

On the temporary exit of two domestic airlines and their impact on the domestic industry Bernard said,”It is quite unfortunate but you know in our industry it is safety first, I want to believe that the regulator had to place safety over convenience which I absolutely agree with them.

“If the airlines need to undergo audits to ensure that the lives of citizens are protected I think it is worth it. Yes, it is going to create a sort of impact on either the number of inventory of tickets in the market place, aircraft to be used.

Nigerianflightdeck is an online news and magazine platform reporting business stories with a bias for aviation and travel. It is borne out of the intention to inform, educate as well as alter perceptions with balanced reportage.
Previous NIMASA Board appoints 3 directors, promotes 469 others as Jamoh harps on rededication to core values
Next Nigerian airlines operate 1080hrs less than industry standard annually, poses threat to survival