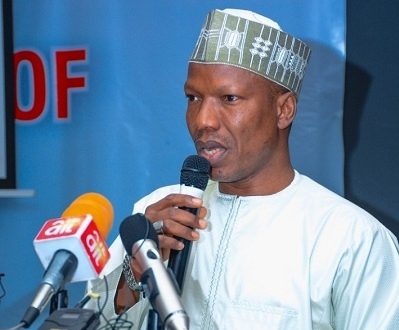 NigerianFlightDeck 27th August 2020 Business & Economy Comments Off on FG’s 40% deduction will lead to shortfall of over N16bn operating cost in FAAN 1,198 Views

FEDERAL Government has increased its direct deduction from the Federal Airports Authority of Nigeria (FAAN) to 40% starting from 2021 which will lead to shortfall of over N16billion overhead cost according to the agency’s managing director Capt. Rabiu Yadudu.

Capt. Yadudu who made this known in a Press Conference today in Abuja said that the airports managers are engaging relevant authorities to get an exemption from this deduction but is also doing all it can to ensure that the gap is closed.

The FAAN boss said,” Gentlemen, you would recall that the Federal Government has continued to make massive investment in the aviation sector. Government’s effort to renew the nation’s dilapidated airport infrastructure and ensure safety in the industry has come at a very huge cost.

“Airport management is capital intensive.  FAAN has not increased Passenger Service Charge (PSC) since 2011, despite all the huge capital investments at our airports. The current PSC charge of N1, 000 is no longer realistic as it does not correlate with realities of cost related inflation rate which the CBN has put at 12.82%.

“It should  be  noted  that ICAO ‘s recommendation  in Doc. 9562  stipulates that  revenue  generated  by airports  be transparently  re-invested wholly in operating and developing  airport  facilities.

“It has, therefore become imperative to review the Passenger Service Charge (PSC), from N1000 – N2, 000 per passenger. This review which takes effect from 1st September, 2020, has already been communicated to the airlines.

“We therefore implore stakeholder, airport users and the general public to bear with us as the FAAN is laden with so much overhead cost of operation,” he said.

Earlier this week, FAAN’s Director of Finance and Accounts (DFA), Mrs. Nike Aboderin declared N17.5bn loss of aeronautic charges in 23 weeks and another N1.4bn loss of non-aeronautic charges from April to June, 2020 stating that only 8.7% of FAAN’s non aeronautical revenue charges were collected from April to June 2020 as customers were increasingly defaulting on payment and there is an increasing request for payment suspension, deferral, and waivers due to the COVID-19 crisis

She further explained that 87% of 2020 budgeted overhead cost completely wiped out in six months with up to 95% decline in weekly revenues.

Speaking earlier, the FAAN MD had explained that during the lock down, the airports manager had kept the airports open and was involved in evacuation flight arrangements across the airports which made it incur cost on maintenance and utilities despite the total decline in traffic as well as revenue.

The FAAN boss also stated that in prepare for the resumption of scheduled international flights into the country, it may be necessary to roll out new advisories for airlines and air travelers stating that, “As soon as these are ready, we would communicate same to the general public.

On the existing advisory for domestic travel Yadudu said: “We are glad to note that the new protocols have been working almost seamlessly. The cooperation of the air travellers has been particularly impressive. We shall continue to urge all airport users to comply with the new policies and help keep the traveling public, and our nation, safe and healthy. We shall continue to review and update our COVID-19 protocols in line with the updates   from the World Health Organization (WHO). Together, the world would join forces   and overcome this pandemic.

Nigerianflightdeck is an online news and magazine platform reporting business stories with a bias for aviation and travel. It is borne out of the intention to inform, educate as well as alter perceptions with balanced reportage.
Previous  Sirika relocates to Enugu ahead August 30 reopening of Akanu Ibiam International Airport
Next Nigeria postpones resumption of international flights to September 5 gives reasons