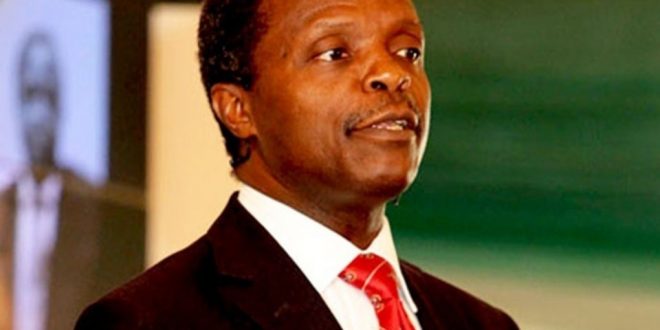 FEDERAL Government has urged banks to re-strategize on their risk management methods in the sector as the use of huge intervention funds may not be sustainable in the financial system and would increase their weaknesses.

Vice President, Yemi Osinbajo, who spoke at the Nigeria Deposit Insurance Corporation’s 30th anniversary lecture/book launch, on Monday in Abuja bemoaned the huge funds used for bailout in the banking sector and mentioned some perceptions on the dynamics of engaging the future of the country’s financial safety systems.

According to the Vice President, the 2009 financial crisis led to the establishment of the Asset Management Corporation of Nigeria which handled banks’ bailouts but that reliable studies show that the financial safety nets have generally tended to increase bank risks and systemic fragility.

Senior Special Assistant to the President on Media & Publicity, Office of the Vice President, Laolu Akande, in a statement said, “First is the number of institutions, and implicit and explicit tools in our safety system and their sustainability. Perhaps the most significant challenge to the financial system that we have experienced so far was that bank crisis of 2009.

“Going by the manner of resolution, it appears that the preferred option was the establishment of Asset Management Corporation of Nigeria – an option that cost something in the order of N5tn. Since then we have also seen the use of a mixture of bailouts and bridge banks.

“The problem, of course, is that the most reliable studies show that overly generous financial safety nets or system have generally tended to increase bank risks and systemic fragility.

“My respectful view is that there must be some rethinking of the short and long- term implications of the use of these tools and their sustainability in the coming years. A reference was made in the past that we may not even have that option of the AMCON-type bailout given the sheer amount of money that will be involved.”

He mentioned the role of the NDIC in stabilising the financial system, especially the periods immediately after the early days of privatization and private ownership of banks, its role in the failed banks crisis that followed immediately after, and the various professional and standards distinctions that it had received through the years.

Nigerianflightdeck is an online news and magazine platform reporting business stories with a bias for aviation and travel. It is borne out of the intention to inform, educate as well as alter perceptions with balanced reportage.
Previous Viral Social Media video: Nigerian Customs denies extortion of passengers, says it’s well within law
Next Updated: NiMET staff accuse DG of land grabbing, set for showdown