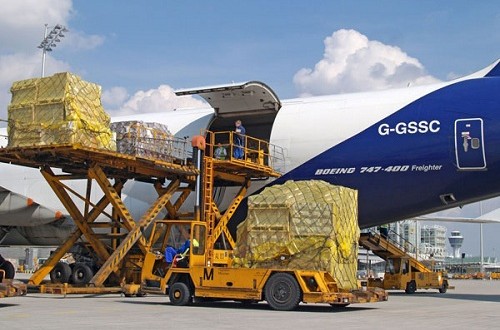 THE Federal Airports Authority of Nigeria (FAAN) has set up a task force to screen operations in a bid to curb illegal activities and eliminate touting at the Hajj and Cargo Terminal area of the Murtala Muhammed Airport (MMA), Lagos.

According to the airports authority, commercial activities at the terminal is now restricted to 12 hours (7am-7pm) from the initial 24 hours period.

FAAN however said that the new regime would not affect the operational activities, but commercial activities within the terminal.

Commenting on the new initiative, the Terminal Manager, Hajj and Cargo Terminal, Mr. Asizehi Musa said that the essence of the task force was not to threaten any agency or operator, but to ensure sanity at the terminal, reduce touts and touting activities and make the nation’s airports in compliant with the recommendations of the International Civil Aviation Organization (ICAO) standards.

He explained that with the new approach, truck would henceforth not be allowed to spend the night at the terminal, stressing that the management had over the years frowned at such practices.

To make the new initiative a success, Musa said FAAN would provide a patrol vehicle, which would monitor activities at the terminal and ensure that only those who have business to transact within the terminal are allowed in.

Musa assured that FAAN would cooperate with all stakeholders especially the cargo agents, Nigeria Customs Service, ground handling companies, Nigeria Police and other stakeholders within the terminal.

He said; “For many years, the issue of access control has been on the front burner and it seems the FAAN is incapacitated, which is not true. But, we can’t allow things to continue like this. Access control is very important and necessary to the safety of all users. The era of 34 hours operation would be a thing of the past.

“As from this moment, activities are now reduced to 12 hours and I seek the cooperation of all. However, there will be sensitization exercise before the task force commence work in full. But, the restriction exercise does not affect operation areas. It’s only for commercial purpose.

Mr. Benjamin Adewunmi, the Chief Security Officer (CSO) of Hajj and Cargo Terminal, said that it was necessary to take full control of the territory by FAAN.

He declared that if the taskforce was able to carry out its activities without dutifully, security and safety of persons, equipment and cargo would further be enhanced.

Like Musa, Adewunmi called for the cooperation of all, most especially the customs agents whom he described as partners in progress.

He vowed that the organisation would ensure the success and sustainability the new regime.

There are 17 organizations at the Hajj and Cargo terminal. Some of the organizations are NAHCO, SAHCOL, DHL, Police, Customs, Nigeria Immigration Service, Department of State Security (DSS), Aviation Security (AVSEC) and Customs agents

Each organization is expected to submit names of two staff as members of the taskforce committee. In all, there are 34 members in the taskforce.

Others present at the inauguration ceremony were the representatives of DSS, Police, Customs, Airport Manager, SAHCOL and NAHCO among many others.

Nigerianflightdeck is an online news and magazine platform reporting business stories with a bias for aviation and travel. It is borne out of the intention to inform, educate as well as alter perceptions with balanced reportage.
Previous Ethiopian Airlines, Singapore Airlines expand codeshare agreement
Next Believing in dreams: Captain Ademilola Odujinrin relives his journey around the world