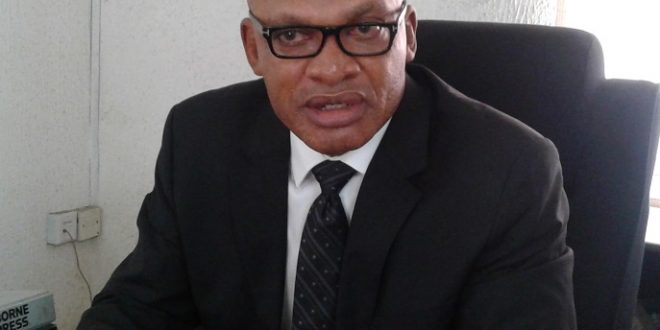 AVIATION expert, Captain John Okakpu has frowned at detractors for damaging public support and confidence in the aviation sector with the intention of not only de-marketing airlines but also the industry at large.

This is just as Nigeria’s Arik Air has again hinted at the possibility of a worsening fuel shortage hitting its operations and affecting it negatively.

Capt. Okakpu who was reacting to public outcry over alleged negligence of Arik Air’s  aircraft maintenance, said that such destructive and baseless allegations were counter-productive, particularly now the industry is hugely impacted by the nation’s economic disequilibrium.

It could be recalled that barely 24 hours Arik Air disclosed the increasing of its flight frequencies to key domestic destinations ahead of the Christmas and New Year festivities to cope with passenger demands, the social media was inundated with the most disturbing allegations that the airline does not place priority on the safety of its aircraft.

However, Captain Okakpu said that safety is the first obligation of any airline, adding that in the present circumstances in Nigeria, Arik is the only structured airline in West Africa with state of the art maintenance facility.

He said, “I am neither a management nor staff of Arik Air, but as a stakeholder in this industry, it beats my imagination for some people to believe wholeheartedly that Arik would play down on safety knowing very well that any slightest mistake leads to catastrophic end.

“Though the airline has refuted the allegation, appealing to its esteemed guests to ignore any message alleging that the airline’s aircraft are not well maintained, it is still quite instructive to plead with Nigerians not to kill this ‘baby’ through rumour mongering.

“As a stakeholder in the aviation industry, I can’t feign ignorance of the fact flights are delayed or cancelled, leaving bad impressions on the minds of the passengers. But that is totally different from ignoring safety measures or better put, the need to totally adhere to safety measures could lead to flight delays.

“This could have informed the airline’s decision to “increase flight frequencies on the domestic routes as predicated on the need to ensure that many Nigerians are able to travel home to share the joy of the season with family and friends,” Capt. Okakpu said.

To also cope with the demands of its international passengers on the London Heathrow and New York JFK routes, the airline leased a wide-body A340-300 from Portugal to supplement its wide-body fleet of two A330-200 aircraft.

“It wouldn’t be possible for Arik Air to connect 18 destinations within Nigeria, 10 in West/Central Africa and three international destinations. Therefore, instead of the average 100 daily flights normally operated, the airline, during the festive period, increases its daily flights to an average of 120.

“It is not only un-dignifying, and unpatriotic, but malicious, cheap blackmail and total sabotage for someone to make such baseless allegations just to deceive the public. Even now businesses are bleeding profusely; it’s sickening to hear some obnoxious minds engaging on ‘pull them down’ approach. Too bad!”

He added should Arik depart from ICAO set standards, “we have the Nigeria Civil Aviation Authority (NCAA) to deal with them. However, I can testify that Arik’ pride as “leading the resurgence of Nigerian civil aviation by committing to being a quality airline adhering and operating to international safety and operational standards using modern aircraft and having high maintenance and safety standards’, is never a cacophony.

Meanwhile, Arik Air has again alerted passengers of worsening aviation fuel supply leading to flights delays and some cancellations at airports across the country.

According to the airline the fuel scarcity which has been on for several days is becoming more intense with the inability of approved major fuel marketers to meet the demands of airline especially at this time when maximum number of passengers are traveling for the yuletide.

Arik Air says it has been operating over 100 daily flights and therefore experiences a larger impact of this scarcity compared to other airlines. The airline requires a daily supply of approximately 500,000 liters for its operations but it has been getting between 180,000 and 200,000 over the past 10 days which has severely impacted the scheduled flight operations.

Despite the abrupt and random fuel price increase by some marketers, which the airline may be forced to pass on to its customers, the product supply still remains epileptic.

The airline is appealing for the understanding of its passengers who have been booked to travel on its flights. Passengers are also advised to always visit the airline’s website.

Nigerianflightdeck is an online news and magazine platform reporting business stories with a bias for aviation and travel. It is borne out of the intention to inform, educate as well as alter perceptions with balanced reportage.
Previous CPC summons Arik over rights’ violations, airline debunks ‘bad-maintenance’ rumours
Next Air Peace commences Uyo flights, assures air travellers of hitch-free operations