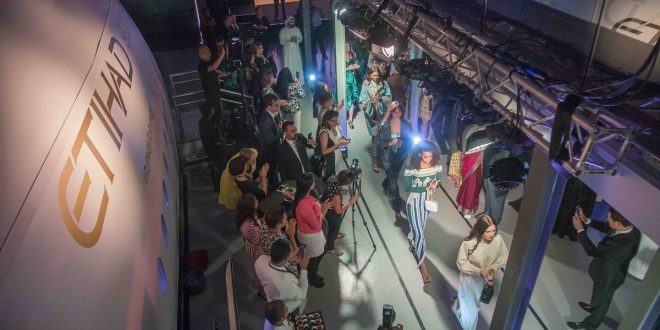 The airline took the opportunity to screen its new promotional fashion film, titled ‘Runway to Runway’, which was launched on 7 September on the opening night of NYFW: The Shows in New York. Featuring 17 of Macdonald’s couture outfits, and WME | IMG models, the short inflight film draws parallels between the production of a high-end fashion show and the preparation that goes into ensuring a safe and comfortable flight. The film was directed byaward-winning director Paul Butterworth and also features unique integrations with global brands IWC Schaffhausen and BMW.

Nigerianflightdeck is an online news and magazine platform reporting business stories with a bias for aviation and travel. It is borne out of the intention to inform, educate as well as alter perceptions with balanced reportage.
Previous NGOs, experts advise youths on irregular migration
Next It’s in everyone’s interest to be involved in aviation security-Captain Akinkuotu