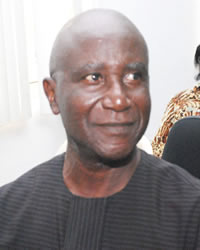 Domestic airlines’ recurring debts and the way out of the impasse

NigerianFlightDeck 10th May 2016 Points of View, Your ViewPoint Comments Off on Domestic airlines’ recurring debts and the way out of the impasse 1,021 Views

The indebtedness of the Nigeria Domestic Airlines grew up to the present level today because, most of the operators are sponsored by or are sponsors of political office holders in government. With the ‘attitude of we own the government’ most of these operators had no intention of paying for the services rendered to them by the  government services providers, despite the Economic Regulation Provisions in the National Civil Aviation Regulations (NCARs) Part 12 Sections 18.10.1-5, but thanks to the ‘change attitude’ brought about by the administration of President Muhamadu Buhari.

The NCARs Part 12 Section 18.10.1 empowers the NCAA to regularly oversee the Financial Balance Sheets of all airlines and government operators. Specifically, NCAA is to ensure the “continuous monitoring of the operations of the Nigeria Licensed Airlines for the purpose of ensuring their financial capability for safe operations and sustainable services”.  Similarly, Section 18.10.3 provides that all Nigerian Airlines “shall submit to the Authority on monthly basis, all financial data, records of their operations in forms and manners as may be prescribed by the Authority”. Unfortunately, the fraternity attitude between these airlines and political officials had made it impossible for the NCAA to enforce the provision of this NCAR section.

The airlines indebtedness was not peculiar to the NCAA, FAAN and NAMA alone; these airlines were also indebted to the airport ground services providers such as Bi-Courtney, NAHCO, SAHCOL and Fuel Marketers etc. They were indebted to Federal Inland Revenue Services, Insurance Companies, Banks, and Caterers and were many months in debt arrears on staff salaries. When put together, the indebtedness cannot ensure the airlines “Safe Operations and Sustainable Support Services”.

Over the years, there had been some kind of conspiracy among the airlines and their promoters in government who provide the avenue for reliefs or concessions on debts owed to government agencies. At some other times, there were government intervention funds given to some of the airlines at a cheap interest rate of 2 to 6 % to settle their operational debts and bank loans at a time bank’s loans were attracting interest of 23- 25%. The Intervention Funds were given to these airlines without investigating their debts portfolios in the banks and the debts owed to the government agencies. These are greed that are hidden under government official secret act and are protected with government force. These are the greed that have caused the impasse and are now open to the public.

Recall that in 2010, Mrs. Fidelia Njeze, the then minister of aviation, gave some of these airline operators’ reliefs on the debts they owed the government operators. They all then got the concession to spread the payment over a period of four years. That was two years to the end of the first term of the last administration. It was a game of chance she knew had a lifespan within her watch in the ministry. The cycle of the debts continued after her watch. The succeeding officer in the ministry took similar game of chance to introduce the policy of intervention funds, using public money to fund the debts of private operators in order to “sustain the industry”. Can the industry be sustained with a debt of over N20 billion hanging on these airlines?

It is evident that under the Buhari administration, there would be no free or cheap meals for the operators in the industry, especially for the major players that should be generating about N500 – N800 billion annually. Above all, none of the domestic airlines was known for selling tickets on credit but, generally on cash and carry. The least among the airlines, with a minimum of two aircraft, makes a minimum of six flights of an hour each per day; carrying minimum of 300 passengers, and at an average of N20, 000 per passenger, makes about N6 million daily; at an average of   N500, 000.00 per hour as operating cost, expended N3 million per day and makes a net profit of about N3 million per day. This profit does not include foreign exchange which some of them are making regionally, continentally and intercontinental and are probably not returning home

“For a typical Nigerian businessman, N3 million per day is a huge profit. Unfortunately in aviation, a single C-Check on any of the operator’s aircraft could clean up 80-90% of the airline profit in 2 years, and that could run down the airline if not well-managed.  This of course is the nature of commercial aviation which an average Nigerian investor has not been able to learn about or understand.”

Commercial aviation industry is where you invest in dollars and make profit in cents or invest in Naira and make profit in Kobo. To sustain a Nigerian airlines therefore, a Nigerian businessman who wants profit returns in   Dollars and Naira needs government patronage that would provide reliefs, concessions or free services from government services providers and government intervention funds. The alternative to these is to cut corners or make quick exit from the industry.

The smart ones among them who could easily identify the challenges but could not navigate their ways through the business divert or divest their profit to other businesses and make quick exit. Others remain and survive only on government patronage and go underground through one or two air mishaps, or through bankruptcy, while some others make efforts to grow and would not depend on cheap intervention funds. These need help to surmount the ‘multiple charges’ which they all believe are reasons for the ‘reccurring debts’. How does the government help this category of operators?

Aside from the fuel charges which they all believe accounts for about 40% of their operating cost, others charges that were always in contention between the airlines and the government services providers in the sector are mainly: Landing and Parking  Charges, Air Navigational Charges. Ticket Sales Charges, Fuel Sales Charges etc. These are the major sources of revenue earnings for the government and they are the main areas causing the impasse between the airlines and the government agencies. What then are the solutions?

Government should recognize that the domestic airline operators cannot sufficiently enjoy the benefits of the market if more than one airport out of four international airports are opened to some foreign airlines with a single BASA for multiple landings and frequencies. Aside Abuja and Lagos, both of which accounts for about 80 to 90% of the national passengers and air traffic, the domestic airlines would not make profit flights on the route to other airports including Kano and Port Harcourt. The followings are therefore suggested solutions.

III.            The Charges for Services into at those classified as Class C should be made free initially for a period not more than 5 years from the date of the classification and operation.

It is not sufficient for NCAA alone to have a Settlement Meeting with the Domestic Airlines and they (Airlines) too pledging to pay the unremitted funds within a time frame, in the manner they did in 2010 and yet did not pay.  It would be necessarily sufficient for the NCAA to comply with the NCAR Part 12 Section 18.10.1-5 by ensuring that the Government Safety Services Providers such as FAAN, NAMA and Bi-Courtney and other Ground Services Providers are fully paid to avoid a total collapse of the industry.

Is a retired Group Captain of the Nigeria Air Force,

Chief Executive of Centurion Securities and a member of the aviation industry think tank group;

Nigerianflightdeck is an online news and magazine platform reporting business stories with a bias for aviation and travel. It is borne out of the intention to inform, educate as well as alter perceptions with balanced reportage.
Previous NBS reels out data of aircraft, passenger, cargo movement in Nigeria
Next AISAN calls for tech, personnel bridging to advance info management