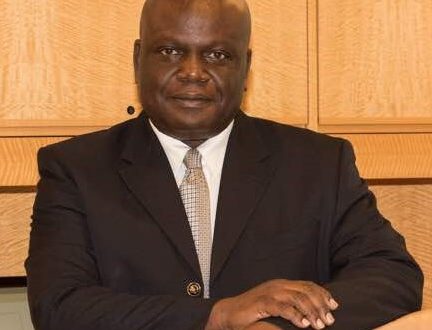 NIGERIAN representative at the International Civil Aviation Organization (ICAO) Council, Captain Musa Nuhu has been elected as the Chairperson by the Comprehensive Regional Implementation Plan for Aviation Safety in Africa and Indian Ocean (AFI Plan) Steering Committee in Montreal Canada.

The election took place yesterday during the (AFI Plan) Steering Committee meeting at the ongoing 40th Session of ICAO General Assembly, where Capt. Nuhu succeeded Mr. Halidou Moussa, who has been heading the group since 2013.

“This is a huge responsibility being given by the steering committee and it comes with challenges”, Capt. Musa stated in his response to the election.  “It is also a rare opportunity to serve the continent in this capacity and to continue to build on the good works done by former Chairpersons of the Steering Committee including the pioneer Chairperson and the current President of ICAO Council Dr. Olumuiwa Bernard Aliu and the outgoing Chairperson Mr. Halidou Moussa. The task ahead is great, but I believe working together, we will progress on the mandate given”.

The AFI Plan was adopted by the 36th ICAO Assembly (Assembly Resolution A36-1) to address the concerns expressed by the ICAO Council on the safety status of aircraft operations in the AFI Region. The Council recognized that the problem facing the States in the AFI Region and many other States are similar in nature. AFI Plan was established in 2008.

“AFI Plan has been expanded to include navigation, airports, and aviation infrastructure development.”

Captain Nuhu is the current Chairperson of the ICAO Council’s Implementation, Strategy and Planning Group (ISPG) that is saddled with the responsibility of restructuring of ICAO Secretariat. He is also a member of several ICAO Council Committees including the Human Resources Committee (HRC), Air Transport Committee (ATC), Finance Committee (FIC) and Working Group on Governance and Efficiency (WGGE).

He had previously served as the Second Vice-President of ICAO Council.

Nigerianflightdeck is an online news and magazine platform reporting business stories with a bias for aviation and travel. It is borne out of the intention to inform, educate as well as alter perceptions with balanced reportage.
Previous Ajala.ng new website offers seamless online travels tours, services to customers
Next Dana Air partners 25th Nigerian Economic Summit NES#25