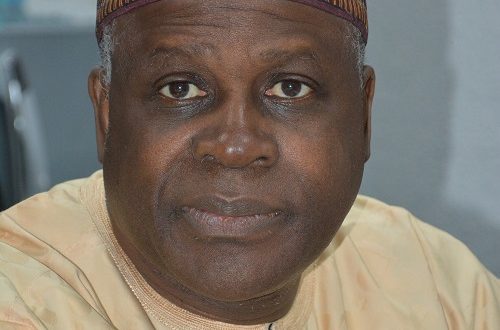 FOLLOWING issues raised over discrepancies in data generation and dissemination especially with regards the Nigerian Civil Aviation Authority (NCAA) 5 per cent Ticket Sales Charge (TSC), the agency’s helmsman has reacted stating that the allegations are merely assumptions from the originator.

Group Captain John Ojikutu (rtd) had on numerous occasions questioned the figures put out by the NCAA and have called for an audit on the agency alleging massive fraud.

However, in an interview with reporters recently, Capt. Muhtar Usman, the Director-General of the Nigerian Civil Aviation Authority (NCAA) said the allegations were mere assumptions and that the regulatory agency is in the process of automating the billing.

He explained that although one or two airlines are fully integrated in the system, a number of others are at various stages of being part of the system and others joined another platform.

According to him, this makes the billing system transparent, reduces human interface and reduce issues pertaining to fraud in the system.

Captain Mukhar said,”We have made our response public on that. The person who was making the allegation was basing his figures on certain assumptions, which are not the actual. We have our ways of billing and it’s in line with the provision of the Act and our own regulations and we still stand by the explanations we gave.”

“We have been trying to automate, we have a platform, which is automation for billing and we have been working with the airline operators to be on that platform for transparency for the entire parastatals because all the agencies are on that platform for them to be able to see the billing and also the collection. It is one thing to bill and another one is to collect what you have billed for.”

“Currently, we have one or two airlines that are fully on the system and a number of others are at various stages of being on the system. One has opted for another automated platform, which is an alternative to this; this is the Bill Settlement Plan (BSP) under the International Air Transport Association (IATA).”
He explained how other agencies, Accident investigation Bureau (AIB), Nigeria College of Aviation Technology (NCAT), Nigeria Meteorological Agency (NiMet) get notification and their share of the TSC stating that the allegation that the NCAA is short-changing these agencies is untrue.

“For the agencies that are benefiting from the 5 per cent TSC, we normally send out on a monthly basis how much has been realised and also let them know how much is due to them and how much is actually transferred to them. So, I don’t know where the allegation is coming from. And I know we have been doing that for a very long time. If there is any difference, the agency or agencies involved can come forward for reconciliation and see where the differences are.”

“So, the system we intend to continue to use will be transparent because it is automated we try to reduce the human interface, efficiency would be higher and there will be less likelihood of underhand dealings and it is also in line with the Ease of Doing Business policy of the Federal Government.”

“However, we have never had any differences with any of the agencies that get from this 5 per cent TSC in the past. What I am saying is that we are very open and if any agencies believed they are being short-changed, they can come forward for reconciliation, but so far, we have not had any cause to go through that.”

Nigerianflightdeck is an online news and magazine platform reporting business stories with a bias for aviation and travel. It is borne out of the intention to inform, educate as well as alter perceptions with balanced reportage.
Previous Dana Air is official carrier of Wives of Africa Presidents Summit
Next SAHCOL inks deal to handle two Sudanese airlines