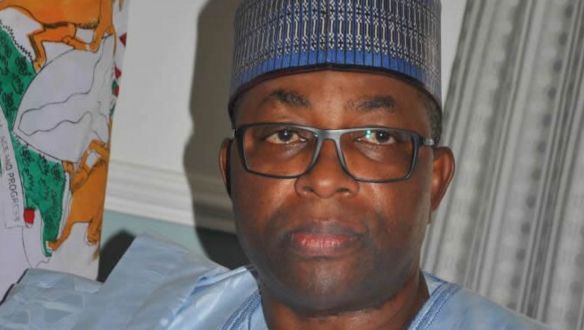 NigerianFlightDeck 10th May 2018 Business & Economy Comments Off on Bauchi Governor says state is focusing on agriculture, mining and tourism 91 Views

BAUCHI State Governor, Mohammed Abubakar has said that the state is concentrating on developing Agriculture and Mining as two of its three areas of comparative advantage to galvanize economic activities in the state.

Speaking on his way to Abuja during Arik Air’s inaugural flight to Bauchi, Governor Abubakar said the state was developing tourism but was also keen on developing the other two areas to aid its teeming unemployed youth.

According to him, Bauchi was blessed with land mass that is very arable and had every mineral resources known to man under the earth in every part of the state.

He said,”Agriculture for very obvious reasons, we occupy one-fifth of the total land mass of Nigeria in Bauchi state with over 80 per cent of the state practicing one form of agriculture or the other. ”

“We have too much cultivatable land that is lying fallow so for our enlightened self-interest in addition to all this we have a teeming population which we use to gainfully employ them.”

“Second there is no mineral known to man that does not exist in one part of the state or the other. So we are trying to develop that and we are doing it in a scientific manner . A manner that has not been done before,” he explained.

Nigerianflightdeck is an online news and magazine platform reporting business stories with a bias for aviation and travel. It is borne out of the intention to inform, educate as well as alter perceptions with balanced reportage.
Previous FEC approves N1.4billion to equip new control towers in six airports
Next Ebola Outbreak: FG directs increased surveillance as FAAN reassures of readiness to protect gateways