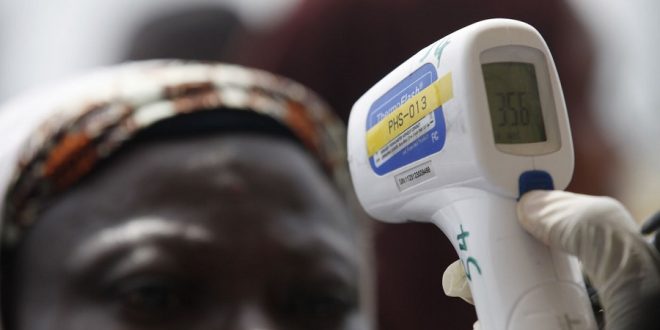 FEDERAL Executive Council yesterday directed the Ministry of Health to step up surveillance at all the nation’s entry points to prevent the spread of Ebola to the country this is following a fresh outbreak of the deadly Ebola virus once again in the Democratic Republic of Congo.

This is just as Federal Airports Authority of Nigeria has re-assured passengers and other airport users of safety across its network of airports.

Seventeen (17) people have already succumbed to the virus in the DRC which has prompted the Minister to announce that government would be setting up an emergency operation centre as well as plans to send a delegation to help the DRC manage the outbreak.

FAAN, in a statement released at its Headquarters in Lagos, noted that since the first recorded case of the virus in Nigeria, through an American-Liberian, Patrick Sawyer, the Authority has not relaxed its surveillance at the airports to forestall any re-occurrence.

The General Manager, Corporate Affairs of the Authority, Mrs Henrietta Yakubu added that all the equipment and personnel used in combating the virus in 2014 are still very much at the airports.

In her words “We have always had thermal scanners in our airports that monitor temperature of passengers and capture their pictures. We still have hand sanitizer in our restrooms too. When passengers walk pass the scanners, it registers their temperature. If yours is high, you are pulled aside for observation.”

The Authority noted that all relevant agencies, including the Port Health Services have been mobilized and are collaborating effectively to ensure the safety of passengers and airport users at all time.

Meanwhile, at the Federal Executive Council on Wednesday Minister of Health, Prof. Isaac Adewole, disclosed, “Of great concern to the FEC is the outbreak of Ebola in DR Congo. As you might be aware, over the last one month, DRC recorded 19 suspected cases of viral haemorrhagic fever and lost 16 of the cases.

“FEC has now directed the Ministry of Health to step up emergency surveillance activities at all land and air borders so that we can keep Nigerians safe.”

He also disclosed that an emergency operation centre would be set up.

“Not only that, we will be screening incoming passengers, particularly passengers from the DRC and neighboring countries. We will also ensure we step up all activities screening people coming in so that we will not be caught unawares.

“The Nigeria Centre for Disease Control will also consider sending a team to the DRC as part of building capacity for managing the outbreak. We want to assure Nigerians that the Federal Government is concerned about the outbreak and will do everything possible to keep the country safe.”.

Nigerianflightdeck is an online news and magazine platform reporting business stories with a bias for aviation and travel. It is borne out of the intention to inform, educate as well as alter perceptions with balanced reportage.
Previous Bauchi Governor says state is focusing on agriculture, mining and tourism
Next NCAA suspends FirstNation Airways AOC indefinitely for infractions