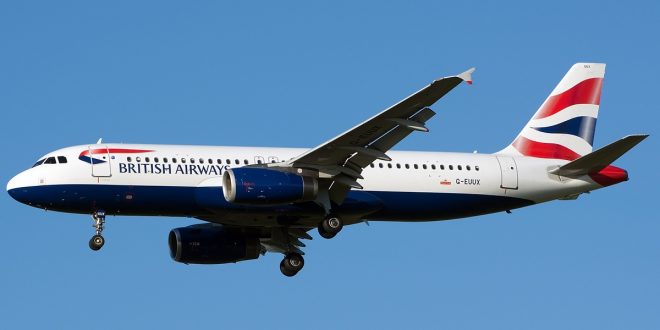 British Airways A320-200 from Planespotters.net

BRITISH AIRWAYS, international flag carrier in the United Kingdom introduces a promotional fare for those who would be traveling for the summer holiday.  British Airways customers and the general public will be able to take advantage of the slashed fares from 1st June up till 5th June, 2017 for flights from Abuja, Lagos to UK and Europe.

The slashed fares will start from $277 for Economy, $1200 for World Traveller Plus and $2800 for Business Class. Mr. Kola Olayinka, British Airways Regional Commercial Manager, West Africa, said, “British Airways is bringing the summer closer this year to their esteemed customers with the slashed fares.” He further said that, “Bookings made during the promotional fare period will be eligible for a travel period between 1st of July up till 29th November, 2017.”

The promotion by British Airways opened to travellers from Abuja and Lagos to UK and Europe will enable Nigerian holiday-makers who book during the selected selling period have access to the slashed prices. “Europe and UK are prime summer destinations for the Nigerian holiday-makers who are in the mood to try something different or shed the stress of urban life”, Mr Kola said.

The slashed fares will create an ease for travellers who want to manage their travel budgets to the UK and Europe through early bird bookings during the selected selling period. British Airways is dedicated to providing a first class experience to their valued customers who want to travel for the forthcoming summer holiday.

Nigerianflightdeck is an online news and magazine platform reporting business stories with a bias for aviation and travel. It is borne out of the intention to inform, educate as well as alter perceptions with balanced reportage.
Previous Boeing, AADF partner Springfountain on education, infrastructure conference
Next NAMA implements FG’s Executive Order on business ease