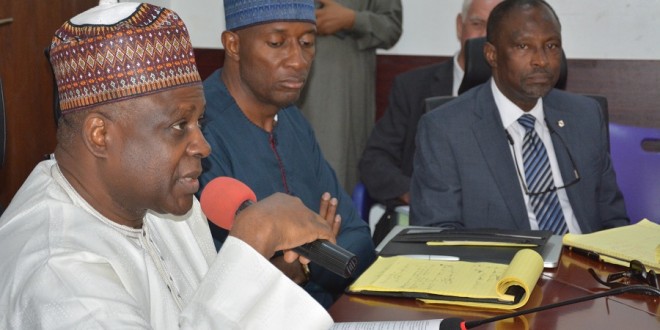 AON, NCAA rift: Why the brouhaha over 5%TSC,CSC automation?

THE aviation sub-sector in the past week has been rife with reports on automation of remittance of  the five per cent Ticket sales Charge (TSC) and Cargo Sales Charge (CSC) which has caused an imbroglio between the airline operators of Nigeria and the regulatory agency, the Nigeria Civil Aviation Agency (NCAA).

This standoff has seen the revelation of a staggering N15billion debt owed to the NCAA  and by extension AIB, NCAT, NIMET by airlines and it beggars the question, what are the airlines’ grouse for non-remittance of  monies that they collect on behalf of government.

The 5% Ticket Sales Charge/Cargo Sales Charge, an Internally Generated Revenue[IGR] to NCAA and other agencies as enshrined in the Civil Aviation Act 2006 and unlike the misconception being bandied around, it is not a tax or levy  on the airlines, but a charge paid by passengers for services rendered towards the development of Aviation Industry in Nigeria.

Historically speaking before 2001, these charges were collected at the airport directly from passengers and this became a cog on facilitation and changes needed to be made.

That year (2001) it became a unilateral decision that airlines  collect the charges. This move  was unanimously adopted, agreement signed by all parties after series of meetings and exchange of correspondences and was subsequently enshrined in all the subsisting regulations.

The decision to collect the charges by the airlines was mooted  by the operators and unanimously agreed upon at the 2001 Civil Policy Review with the sole aim to enhance passengers’ facilitation.

However, the N15billion  debt  mentioned accumulated  as a result of some  airlines not remitting the monies collected and  using it for operations and other things coupled with the fact that there was no avenue for government to get its monies until the automation which has taken so far 6 years to get to this point.

So to facilitate easy and seamless remittance therefore the NCAR’s Part 18.12.6. stipulates  that:“all Nigerian licensed airlines shall join the IATA/BSP for the purpose of remittance of 5% sales charges, and shall execute a contract to that effect.”

However, the domestic airlines have not joined the International Air Transport Association/Billing Settlement Plan (IATA/BSP). Therefore; the Aviation Revenue Automation Projects (ARAP) is an alternate means of compliance to smooth remittance provided by the Authority in line with Federal Government’s directive.

Federal Government of Nigeria had approved the introduction of Aviation Revenue Automation Project (ARAP) for revenue collection to aid data integrity, transparency, transaction accountability, controls and revenue assurance to the authority in 2011.This is at no cost to the operators.

How the standoff began:

On March 30, 2017, the NCAA released a statement giving a deadline to the airlines to automate their remittance of the statutory 5% Ticket Sales/Cargo Sales Charge (TSC/CSC) by Friday-31st March, 2017.

According to the NCAA, they  had shifted the January 31st 2017 ultimatum to March ending at the instance of the Airlines Operators of Nigeria (AON) at their earlier  meeting  and had hinted that the introduction of the Aviation Revenue Automation Project (ARAP) for revenue collection is to aid data integrity , transparency, transaction accountability, controls and revenue assurance to  the Authority.

The NCAA had stated that with the expiration of the deadline, it is expected that all airlines that are yet to adhere to the automation and remit collected revenue  to NCAA  should comply forthwith warning that failure to comply will be viewed seriously and the regulators  will be forced to invoke the necessary provisions of the law against defaulting airline.

However, this statement did not go down well with the AON, which in a counter-statement signed by Captain Nogie Megisson, its Chairman called out the regulatory body inundating it with every nomenclature that connotes weakness and ineptitude.

AON Chairman, Capt. Nogie Meggison, who asked for the suspension  said that there was no problem with automation but needed clarification on what constitutes the charges also further stating that its members have become prey to discriminatory charges.

“AON has no problem with the Authority going ahead to automate the collection and remittance of the said charges, but that the NCAA needs to give clarification on what constitutes the five per cent Ticket and Cargo sales Charge 5% TSC is  only applicable on NUC fare in compliance with industry practice and as currently  applicable to  international carriers operating out of Nigeria.”

“AON members  are currently remitting the 5% TSC charges and it is on record that NCAA  introduced financial clearance process for services over  the last year. Despite our Members improved payment, infrastructure and service level continue to deteriorate across all facets of the industry under the same Authority. “

After the barrage, the NCAA decided to state the position of the law and warned the AON that there will be no going back on the automation

The regulatory body  in a statement signed by General Manager Public Relations, Sam Adurogboye  revealed that for the purpose of clarity, the 5% ticket and cargo sales charges are revenue accruable to the aviation agencies through NCAA. This is contained in Part V Section 12(1) of the Civil Aviation Act 2006.

The statement read,” This section merely mandates the Airlines to collect the charges paid by the passengers on behalf of NCAA and remit same appropriately and in real-time which have not been so.”

On allegations of ambiguity of what  comprises the TSC, CSC as stated by Airline Operators of Nigeria (AON) who accused the NCAA of not having properly defined parameters that constituted the 5% Ticket and Cargo Sales Charge calling for a suspension until it was  clearly and properly defined, the NCAA reacted stating:

“There is no ambiguity with regard to the components of the billing of the charges, Part 18.12.4. of the Nigeria Civil Aviation Regulations (Nig.CARs 2015) clearly provides that “the 5% air ticket sales charge shall be based on the total cost of travel paid by passengers to the airline. This shall be the cost of ticket inclusive of fuel surcharge or any other charge added to the total cost of travel by the airline exclusive of government value added tax or any other tax that may be imposed by government from time to time.”

Therefore for the avoidance of doubt, all airline operators should be guided by Part 18.12.5.which says “all domestic and international airlines operating in Nigeria shall forward to the authority through an electronic platform provided by the Authority, all relevant documents such as flown coupons, passenger or cargo manifests, air waybills, load sheets, clients’ service invoices and other documents necessary for accurate billing within 48 hours after each flight.”

This directive to automate covers both domestic and foreign airlines. However; the foreign airlines have complied fully by remitting their collections through the IATA/BSP.

In truth, the proposed automation is due to the fact that some airlines over the years stopped remitting monies that they  collected in trust for the Federal Government which in itself is a crime.

When the AON Chairman talked of improved remittance of funds that belonged to government, he did not mention that over the years airlines were not remitting and this is what has led to the huge indebtedness which brought about the need to automate in the first place.

Fact is the money the airlines are withholding do not belong to them but to government and a majority of them stopped paying after the entrance of a particular carrier, who was also kicked out of the IATA/BSP for trying underhand practices, since that airline backed by the government of the day was not remitting others also did not see the need to do so and so the monies grew to N15billion.

It was also learnt that the process of automation started since 2011 and agreements have been written and so the question is why are we afraid to get it implemented to create sanity in the system of remitting funds.

From what Nigerianflightdeck learnt of the automation, the ANAP will be domiciled with the Central Bank of Nigeria(CBN) and one cannot find a more transparent platform as the 5% will be disbursed once it hits the account to the NCAA, Accident Investigation Bureau (AIB), Nigeria College of Aviation Technology (NCAT) who are also beneficiaries of that 5%.

According to a source who spoke on condition of anonymity, one of the reason why some airlines are not willing to go into the IATA registry so the Billing Settlement Plan can be used to disburse finance debts is just because they do not want to pay up what is being owed others.

He also explained that if not for foreign airlines adherence to payment and four or five domestic airlines, the NCAA would Have been grounded and rendered inoperable due to some domestic airlines intentionally withholding that which is not theirs to withhold or do business with

According to him, the AON is looking for an extension and feels reacting after agreeing is not the best way to go about their needs and called on the airline operators to take the part of dialogue, if that bridge hasn’t already been burnt, seeing that the NCAA has done what it is obliged to do.

Nigerianflightdeck is an online news and magazine platform reporting business stories with a bias for aviation and travel. It is borne out of the intention to inform, educate as well as alter perceptions with balanced reportage.
Previous Italian authorities deport 40 Nigerians for offences
Next ANAP says non remittance of 5% TSC,CSC is an economic crime