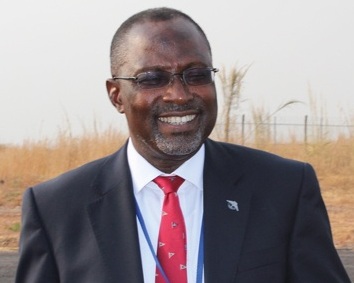 Akinkuotu says local MRO will save N21.15 billion every 18 months

Chief executive of Aero Contractors, Captain Fola Akinkuotu has said that an indigenous maintenance facility could save the country N20.15 billion capital flight every 18 months and reduce the pressure brought about by the demand in foreign currency to pay for the checks drastically by between 60 to 70 percent.

Captain Akinkuotu made this known at the 3rd Quarter Breakfast Meeting of the Aviation Round Table (ART), held at GolfView Hotel & Suite where he said that an MRO locally would increase savings and survivability ratio of the Nigerian airline.

According to him,  the Nigeria Civil Aviation Authority (NCAA) has imposed a calendar limit for a C Check at every eighteen months and depending on the scope of work to be performed, an average C check costs $1M but with today’s exchange rate of N310/1US$, this can be said to be conservatively N310 million per aircraft every eighteen months.

Captain Akinkuotu further said that Nigerian airlines presently operate a fleet of about 65 airplanes collectively, with an estimated N310 million for C-check, that is N20.15billion of capital flight every 18months (N13.43bn per annum)

He said that  considering other incidental costs of about N21.7m ($70,000) associated with each C-check done abroad, the cumulative for the fleet operated collectively is about N1.41bn every 18months (N940m per annum)

He said, “This is a huge capital flight in the very scarce foreign currency that ought to remain in the country if such checks are performed locally. When the fact that the labor rates are significantly lower in this part of the world compared to Europe, Asia and the Americas, the need to establish a standard MRO locally is beneficial in more ways than one.”

“Not only would the airlines enjoy a significant drop in the cost of C Checks, the pressure brought about by the demand in foreign currency to pay for the checks will reduce drastically by between 60 to 70 percent. On the part of the airlines, the significant savings not only increase their survivability ratio, it also means that such capital can be applied to purchasing more equipment (aircraft) to strengthen their operations and schedule reliability.”

“This creates more jobs for our pilots, engineers and other category of airline staff. The locally established MRO, will be a beehive of activities where all shades of personnel are employed as it will be assured of patronage all the year round. This helps in capacity building, expertise honing and unemployment reduction,”Akinkuotu said.

The one time NCAA helmsman also said that giving the huge cost associated with C-Check maintenance of an aircraft overseas, it is no wonder most Nigerian airlines have aircraft abandoned world over.

Akinkuotu said,”The biggest ‘killer’ of airlines in this country is this huge costs associated with C Checks. This is because most airlines are unable to pay for the checks and eventually abandon the aircraft at the foreign MROs who usually refuse to release the aircraft to the airlines until all invoices are settled.”

“You may want to ask if the airlines don’t know of the costs before sending out their aircraft in the first place. The truth is that in the agreement, the MRO may charge a very attractive standard C Check fee of $500, 000. But when the aircraft gets to the facility and the actual work begins and panels are opened, there are usually findings which are beyond the quoted cap that must be rectified. This is where the huge difference comes in that dramatically raises the final C check cost.”

Nigerianflightdeck is an online news and magazine platform reporting business stories with a bias for aviation and travel. It is borne out of the intention to inform, educate as well as alter perceptions with balanced reportage.
Previous BA offers Nigerian travellers frequent flyer miles during Check-in
Next Hajj 2016: FAAN assures pilgrims of safety, security as exercise starts in Sokoto