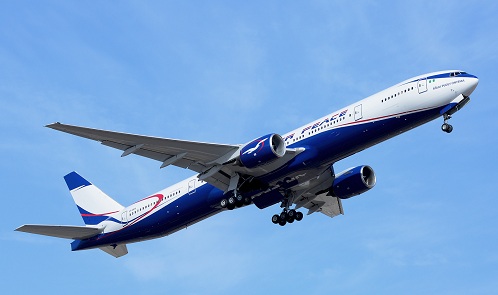 AIR PEACE management has confirmed that the airline would evacuate the second batch of 320 Nigerians from South Africa tomorrow coming after the successful airlift of 178 Nigerians following xenophobic attacks .

Chairman and CEO of Air Peace, Allen Onyema who confirmed this said that the flight would leave Nigeria after mid night on Tuesday and arrive OR Tambo International Airport, South Africa in the morning and would depart South Africa mid-day and is expected to arrive Lagos by 7:00 pm same Tuesday.

Onyema further disclosed that out of over 600 Nigerians that are willing to return, 360 of them have been cleared for the evacuation but the airline would airlift 320 in the second batch, which is the capacity of the aircraft, Boeing 777 that would be deployed for the flight.

There are also indications that despite the diplomatic efforts started by South Africa President, Cyril Ramaphosa to reach out to other African countries, including Nigeria, many Nigerians still want to leave the country because of uncertainty and lack of assurance that the hostility could be stopped by South African government.

A returnee with the Air Peace first flight last Wednesday, Aliu Saheed explained that South African police could be overwhelmed by the violence, which has led to the death of many Nigerians and other Africans, noting that police might not be able to control the South Africans who unleashed violence on other Africans, “I stayed in Pretoria. I have been in South Africa for five years now. The police can’t control them (the killings by South African youths).

“They just come to an area and start shooting and killing innocent people. The police release rubber bullets at the perpetrators of the violence; and they won’t be affected because the bullets are rubber.

“The fire fighters came to quench the fire at some point but the taxi drivers chased them away. They kept bragging that there is nothing anyone can do since this is their country. They kill us the way they like. We are calling on our President to save Nigerians who are still in South Africa because they plan to kill them. As I speak to you now, they are not allowing Nigerians work. They close all our shops as I speak to you.”

The Nigerian High Commission in South Africa said that it has been collaborating with Immigration to clear all Nigerians who wish to return to their country to be able to do so.

The Chairman of Nigerians in the Diaspora Commission, Abike Dabiri-Erewa, told the Punch newspaper in an earlier conversation that the list of passengers was being updated.

She added that the necessary travel documents would be given to the intending returnees and other  immigration issues addressed to ensure a smooth evacuation process.

She said, “We are still looking at 319. We have 319 registered for the next flight, but the list is still being updated. For the flight, we are looking at Tuesday or Wednesday so that proper documentation would be done. We don’t want a situation where the plane will return half-empty with few passengers.”

When contacted, the Consul-General of Nigerian High Commission in South Africa, Godwin Adama, explained that he was still compiling the list.

Nigerianflightdeck is an online news and magazine platform reporting business stories with a bias for aviation and travel. It is borne out of the intention to inform, educate as well as alter perceptions with balanced reportage.
Previous Xenophobia: Honourable Nnaji lauds Air Peace Chairman over airlift of Nigerians
Next AFCAC, CAA Singapore conducts safety oversight course for 39 in Nigeria