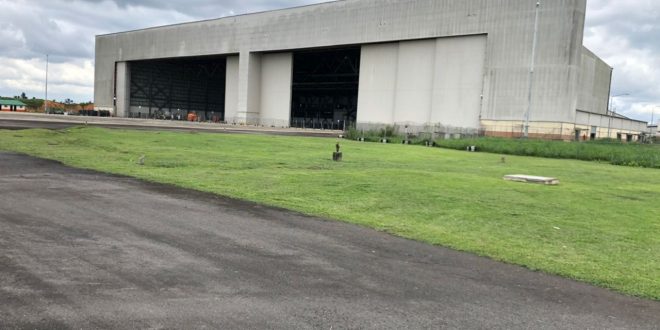 AKWA Ibom State Government has set December 2022 for the complete work and delivery of the ongoing Maintenance, Repair and Overhaul ( MRO) facility at the Victor Attah International Airport.

This is just as the government says it has conquered the road and air transport sectors of the economy disclosing an expenditure of N1.2B to train indigenous engineers and pilots with aircraft manufacturers Airbus in a renewed move to reposition and increase the capacity of the state-owned Airline, Ibom Air.

According to the Governor, Udom Emmanuel the MRO once up will aid in creating a hub for and also attract earnings in foreign currency for the state and her people.

The Governor said the project is 95 per cent complete, and will on full completion attract major economic breakthroughs to Akwa Ibom State.

On the pilots and engineers, he said the first batch of trainees were already undergoing training meant to provide needed technical personnel in Nigeria’s flagship Airline Ibom Air.

The Governor attributed the inability of the state to acquire more aircraft to the ongoing war between Russia and Ukraine, as most financial systems are linked to Russia with the former Soviet Republic however facing business and political sanctions and restrictions from many countries of the world.

In his words: “We run the most efficient airline business in this country. Before the end of this year, we will commission our MRO. That will attract so much, it is a major economic breakthrough for our state and people. It is 95 per cent completed. We’ll earn in hard currency.

“The state government is spending billions of Naira to train and prepare the best hands of our indigenes for the growing opportunities in the aviation sector and particularly Ibom Air. We have already sent the first batch of Engineers and Pilots to Airbus and the second batch is preparing to go.

“We are spending Billions to train these people and that is why I don’t care to know which part of the state any of the trainees is from. Airbus also does not know the Local Government the trainees are from and if they find out that there are sentiments in the selection of the trainees they may decide to pull out.
We are even praying that they would be able to scale through their tests.” Emmanuel explained.

The Governor however assured that his administration is exploring alternative means to acquire more aircraft to boost the fleet of the airline in order to build on the gains already made by the airline in the country’s aviation sector.

Nigerianflightdeck is an online news and magazine platform reporting business stories with a bias for aviation and travel. It is borne out of the intention to inform, educate as well as alter perceptions with balanced reportage.
Previous dre aviation, NigerianFLIGHTDECK sign content sharing agreement
Next Women in Aviation entices more young girl to choose aviation careers