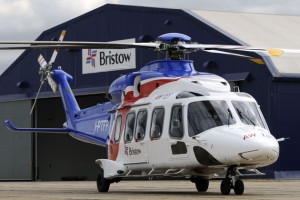 The serious incident which happened 25th October,2019 involved a Sikorsky 92 aircraft and had 13 passengers on board who were unscathed by the incident.

“The Accident Investigation Bureau, Nigeria has been notified of a serious incident involving a Sikorsky 92 aircraft operated by Bristow Helicopters, with registration marks, 5N-BOA at about 2:10pm local time. On the 25th October,2019.

“The aircraft, with 13 passengers on board was enroute Port Harcourt from GERD, an offshore platform when it declared emergency. There was no fatality. From the information gathered so far, the pilot contacted the ATC at about 1421 declaring left Engine Failure.

“The aircraft was cleared left Base Runway 22 for expeditious landing and landed safely. The AIB team of safety investigators from our regional office in Enugu has commenced investigation.

“As the investigating Agency, AIB wants the public to know that we would be amenable to receiving any video clip, relevant evidence or information any member of the public may have of the serious incident that can assist us with this investigation.

The airline also confirming the incident said: “On October 25 2019 a Bristow crew followed established aircraft procedure (in line with Nigerian Civil Aviation Authority-approved Operations Manual Part B Checklist) to reduce an engine to idle power on an S-92 during flight as a precautionary measure following a warning in the cockpit.

“The aircraft was inbound to land at the Port Harcourt Nigerian Airforce Base from an offshore location with 11 passengers on board. The incident occurred in the Port Harcourt Control Zone with approximately 4 nautical miles (nm) to land. The aircraft landed safely and taxied to the hangar without incident.

“Bristow is working with the respective authorities leading the investigation into the incident.”