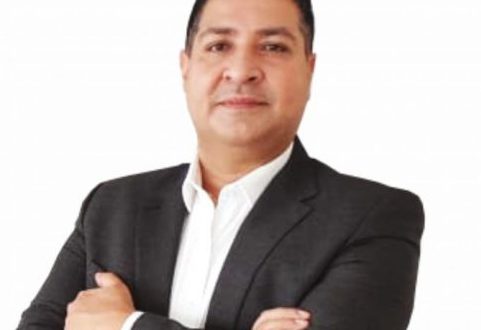 AN aviation professional, Mr. Sukhjinder Mann has described the proposed suspension of Emirates Airline come September 1 as a business move devoid of political leanings and even after release of trapped funds to foreign airlines the country must do more to win credibility back.

He also said the  trapped funds situation shows the ignorance of Nigeria’s actions on the world stage and how it affects the industry.

Recall, Nigeria has trapped within its banks $464million which the International Air Transport Association and other bodies have criticised thus leading to the exodus of Emirates from September 1 and a clear indication that other airlines may follow suit, cutting the country off from the international community as Nigeria has no strong player to balance up the lack of incoming/outgoing flights.

Mann who has worked in the industry with over 30years experience spanning various countries said the Emirates suspension may just be a salvo as other airlines might be gearing to reassess their operations into Nigeria as the crux of the matter is simply being able to access funds legally earned.READ ALSO: Unremitted Funds: How Emirates, others’ decision will impact travel in Nigeria

According to him, even when eventually these funds are released, the country would need to do more to assure airlines of its credibility as it would be watched on how funds are repatriated before more airlines can build confidence enough to increase frequencies.

He said, “The EK move was not political, it was a business decision as no doubt the carrier is suffering, like the rest of the industry… again, this sends the wrong signal about business and aviation in Nigeria, we are quick to sanction but totally ignorant about our own actions on the world stage, I see other carriers reducing frequencies and this will push up prices and reduce our connectivity further with the world the banking system is broken and this will break the economy, it has already broken the aviation sector.

“Expect frequencies into Nigeria to reduce, prices to go up and airlines to default on aircraft lease payments
the Emirates decision is just the beginning. Aircraft will be repossessed.

On whether the move by Nigeria would give its neighbours in West Africa a market advantage due probable to increased connection, he mused that it might if only the sub region has a vibrant carrier.

“In theory yes, but West Africa is unique and has no dominant carrier, if they did we ( Nigeria) would be toast.

“Air Senegal and AWA would probably be the best carriers to gain ground but are still not that big or dominant yet.

On what would happen when Nigeria eventually releases the funds, Mann said,”The turnaround won’t be instant, Nigeria has to rebuild its credibility and the carriers will look for a demonstrable period of free repatriation of funds before they begin to increase frequencies again, the CBN will have to rebuild its integrity with with foreign aviation sector participants.”

Nigerianflightdeck is an online news and magazine platform reporting business stories with a bias for aviation and travel. It is borne out of the intention to inform, educate as well as alter perceptions with balanced reportage.
Previous NAF Conference proposes counter- measures to fraud in aviation
Next Consequences of unremitted funds visible as Nigerians pay triple fares on foreign airlines