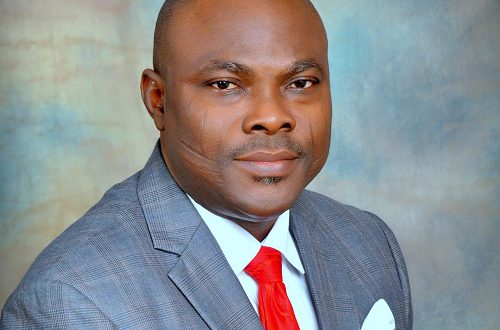 The new GM/CEO is widely expected to take MCO the leading clearing, freight forwarding and total logistics services company, to the next phase of its development.

Until his present appointment, Adejobi was the Chief Executive Officer, Speedcraft Logistics Limited.

The new GM started his career as Customer Services Manager with the Standard Trust Bank in 1997 from where he moved to City Express Bank in 2001 as the Branch Manager. He was Branch Manager, Access Bank from 2006 to 2007 and Area Manager, Sterling Bank, from 2007 to 2009.

Between 2009 and 2010, Adejobi was Chief Operating Officer, GS Microfinance Bank from where he moved to Tesco Equipment as Director, Operations and Business Development. From March 2010 to January 2014, Adejobi was the Executive Director, Finance and Business Strategy, New Energy Services Group of Companies.

He had brief stints as Consultant Project Manager, Pinnacle Oil & gas Limited and as Consultant Group Chief of Business & Operations (CBO), Chisco Group of Companies between May 2014 and December 2015. In March, 2016, he was appointed Consultant Chief Operating Officer (COO) of the National Clearing & Forwarding Agency (NACFA) and in February 2018, he got appointed as the Chief Executive Officer, Speedcraft Logistics Limited.

A thorough bred banker, Adejobi is well known for grossing high revenues wherever he worked. He had been involved in spearheading the entire process of establishing a company from ideation, feasibility preparation and management justification to implementation that culminated in the establishment of a viable business entity.

The new GM/CEO is a highly experienced Business Development and Operations Planning Executive who has demonstrated the ability to lead diverse teams of professionals to new levels of success in a variety of highly competitive industries, cutting-edge markets and fast-paced environments.

Adejobi is tested and is equipped with technical and business qualifications with an impressive track record of more than 20 years of hands-on experience in Market Expansion and New Market Development, Logistics Planning and Management, Strategic Planning, Business Development, Project and Product Management and System Engineering Strategies.

Nigerianflightdeck is an online news and magazine platform reporting business stories with a bias for aviation and travel. It is borne out of the intention to inform, educate as well as alter perceptions with balanced reportage.
Previous UAE Ambassador to Nigeria, CEO Dubai Tourism lead delegation to 15th AKWAABA ATM 2019
Next     Xenophobic attacks: Nigeria government issues travel advisory, pulls out of WEF in South Africa