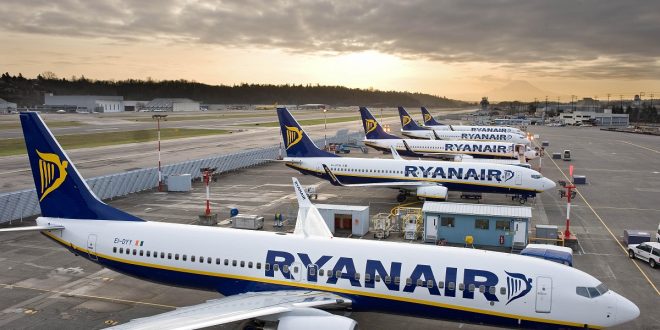 A case for low cost carriers

NigerianFlightDeck 18th September 2017 Points of View, Your ViewPoint Comments Off on A case for low cost carriers 356 Views

RICHARD Quest the main anchor of Quest Means Business in the CNN Business Travel Programme who recently visited Nigeria had wondered why our domestic airlines were not operating as Low Cost Carriers (LCC).

He was possibly  looking at our huge population, poor road network and considering too, the over twenty domestic airports mostly dormant for most times of the year. Most importantly, he must have observed the challenges and the travails of our domestic airlines particularly the high cost of their operations, low fare ticket pricing and the unfavourable competition with the foreign airlines on the international routes.

Mr. Segun Demuren Jnr. with whom he shared his view had told him that the airlines were already flying as low-cost carriers. Really? That was not what Richard Quest seemed to believed or observe; what he observed were Low Fare Carriers battling with high operational cost. His observations were very fair assessment of the Nigerian domestic airlines that are in unnecessary and unviable competitions with one another.

The Nigeria domestic airlines operators are mostly Single Ownership who dread merging and are not interested to creating interline for domestic market operations. They seem not to be bothered about seeking for better alternatives to flying one- hour flights with low fare tickets at high operational cost to Abuja, Kano, Port Harcourt, Kaduna, etc from Lagos for less than $80(N25, 000) even at low capacity.

Whereas same distances or less on traditional carriers from New York –Washington DC, New York -Philadelphia, London – Manchester attract air fare of between $150 to $300 (N45,000.00 to N 95, 000.00) depending on what time the tickets are purchased relative to the time of travelling.

Even the air fares from Lagos to Accra a distance of about 55 minutes attracts between N95,000.00 to N100,000.00 on any Nigeria air carrier.
The concept of LCC was first started by American Southwest Airline with the objective of offering cheap airfare to the consumers. The concept eventually created a situation where the established carriers started losing significant amount of market share because of the ability of the LCC to charge low fare prices over the traditional full cost carriers.

The LCC concept can open up most of the Nigerian dormant airports to operation, therefore government through the FAAN could help reduce the operating cost further by giving concessional rates on landing and parking fees to the LCC at the secondary and tertiary airports during the day and night. The rate should not be more than the 50% of the fee charged during day and 60% during the night at the international or primary airports.

Let’s be honest about all these, the Nigerian domestic airlines cannot be selling passengers flight tickets at N25, 000.00 to Abuja if the dollar is selling at N320 to 350/USD, the same price it was selling last year when dollar was at N 178 to 180/USD. The present cost of aviation fuel, the foreign exchange rate and other statutory operational cost cannot justify the air fare of N25, 000 for an hour flight to anywhere in Nigeria. The high operational cost also cannot be sustained except the airlines short change the service providers and the supporting agencies, or there are inflows of cheap monies coming from other sources to sustain their operations.

Moreover, there is no evidence at the NCAA to suggest that any of the airlines or the AON has applied for review of the air fare in the last two years. Rather the airlines had instead demanded from government, debt relief, intervention funds, and zero customs duties on imported aircraft spares to relieve them of their recurring debts on their flight operations.

The NCAA should accede to that demand, too religiously, and regularly examine their financial balance sheets to ensure that the necessary provisions of the NCARs for financial health and safety are adhered to. If the NCAA would approve a revised tariff for the traditional carriers, the new LCC can tap into the traditional road travelers with low flying fare rates to the secondary and tertiary airports for a start.

Nigerianflightdeck is an online news and magazine platform reporting business stories with a bias for aviation and travel. It is borne out of the intention to inform, educate as well as alter perceptions with balanced reportage.
Previous Air Peace secures IATA membership, airline harps service delivery
Next Airport Certification: NCAA certifies MMIA, to concentrate on NAIA