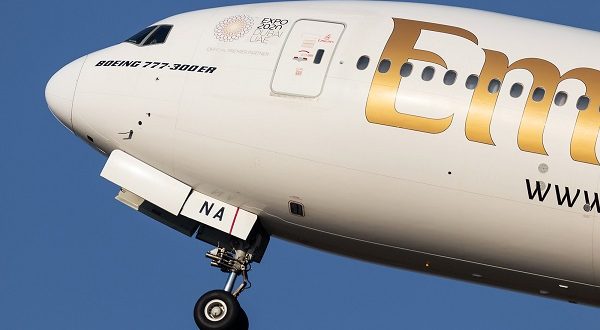 A stakeholder has questioned what it called blackmail of Emirates on Nigeria over the planned halt of operations into the country following its statement that it is unable to repatriate it’s $85million trapped funds in Nigeria.

This is just as another is questioning the rationale behind why the foreign airlines ( Emirates included) are not converting their naira sales to transfer as everyone on international flights carry dollars, Euros, Yuan, Rand, Dirham.

These industry reactions came on the heels of Emirates Airline’s decision to suspend its operations to Nigeria from September 1, 2022, stressing that it is a subtle pressure on government to release dollars that are obviously unavailable.

One of such stakeholders told NigerianFLIGHTDECK, “Please do not succumb to the blackmail of Emirates and their sponsors from within. The country cannot and will not manufacture dollars for them to repatriate their so called over $80 million in Nigeria. When they were competing devilishly to outdo an indigenous, the only airline doing direct flight to Dubai, didn’t they know of the dollar situation here before embarking on having multiple frequencies into Nigeria. They do two flights out of Lagos daily and one out of Abuja daily, bringing the total to three daily flights into Nigeria and 21 flights every week,”

He also remarked that at the time the airline increased its frequency, there was no passenger traffic to justify it.

“Once they heard a Nigerian airline was about to start flying to Dubai, they applied to increase the Lagos frequency to three flights daily, just to stifle the airline out and dominate the route. They didn’t need all these flights but they increased frequency to stifle competition. Nigerians are even angry at the figures they are publishing; they feel having been ripped off by Emirates,” stakeholder said.

On the visible impact on the airline’s action, an operator pleading anonymity expressed his opinion stating that the airline was playing a game to subliminally force government but stressed that the country was giving the foreign airlines subsidy.

He said, “The pressure is on and sooner rather than later government will succumb and release millions in forex that is supposedly scarce to foreign operators that create and sustain jobs in their respective countries. $600m! Why not? who does not want to travel abroad? This is huge subsidy to them in addition to the obscene fares they charge Nigerians which obviously have discounted the Naira at 800/$! Check it.

He continued,“Yet domestic operators cannot get forex to buy spares and pay for their leases or buy aircraft. Yes, how much do we really need? Nothing compared to the direct subsidies given to foreign airlines. Government should support Nigerian aviation investors, who create and sustain millions of jobs here. Airline Opeetors of Nigeria (AON) should also mount pressure to ensure that these monies are not paid to foreign airlines, while order priories suffer,” he said.

Some of the stakeholders canvassed that what government should do is to approve that airlines should sell their ticket in foreign currency.

“Time for a step back and reassessment…. How come the airlines can’t repatriate their sales? Is it that they desire Dangote dollars as opposed to market dollars? This begs the statement of the CBN. We are not the source of delays in repatriation. Everyone on international flights carry dollars, Euros, Yuan, Rand, Dirham. So, why aren’t the airlines converting their naira sales to transfer? Waiting for the banks? Daily the banks are trading market dollars. Here is a case of how are domestic airlines getting the fx.

“The real story therefore affects all sectors of the economy … foreign airlines are asking for special treatment. We can’t therefore be blamed if domestic airlines are better at the price mechanics that make them more successful on the routes suspended by foreign carriers. For me I’m going to stop saying funds are trapped, they aren’t. Air Peace should step into the gap voluntarily exited by Emirates, our media must also counter the foreign narrative that funds are trapped,” he said.

Industry observers say that the reason why the Central Bank of Nigeria (CBN) has been unable to pay the blocked fund was because government does not have money; that blocked fund has been a challenge in Nigeria since 2015.

They also observed that while the airline singled out Nigeria, there are other countries that have been unable to allow airlines have this fund, adding that there is global economic meltdown, which is exacerbated by the Russia-Ukraine war.

Nigerianflightdeck is an online news and magazine platform reporting business stories with a bias for aviation and travel. It is borne out of the intention to inform, educate as well as alter perceptions with balanced reportage.
Previous Arik Air becomes official airline partner of The Next Titan Nigeria reality tv show
Next IATA livid as foreign airlines’ trapped funds in Nigeria rises by $14m to $464m in July