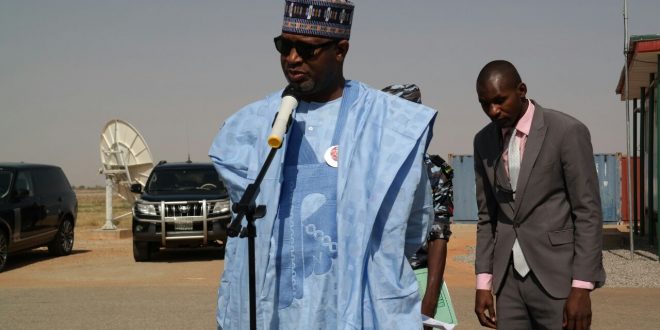 LABOUR unions in the Federal Airports Authority of Nigeria (FAAN) have expressed their lack of trust and confidence in the Honourable Minister of Aviation, Senator Hadi Sirika for the recent appointment of transaction advisers on airport concession without any input from the working Committee.

This is just as the unions have vowed to take all reasonable measures to stop the planned concession of the four viable international airports (owned and operated by FAAN) by the Minister including boycotting the stakeholders meeting scheduled to hold on the 25th May 2017 in Lagos.

Minister had invited a representative of the unions into a Committee he had set up to advise the Government on the exercise following earlier objections by the unions about the lack of transparency in the government’s plans to concession the Lagos, Abuja, Kano and Port Harcourt airports.

According to the unions, the committee had developed a work plan which it submitted to the Minister and obtained the minister’s approval to implement the said work plan.

It was also gathered that one of the criteria for the appointment of transaction advisers on airport concession is one of the term of reference of the Committee.

The unions however, expressed their lack of trust and loss of confidence in the Minister for the recent appointment of transaction advisers on airport concession without any input from the working Committee.

“It is a national shame; it shows the whole exercise is a charade.  They said at the time the Minister made the appointment, the Committee had prosecuted only about 45% of its work plan and had not even discussed the modalities for the appointment of transaction adviser”, said a committee member.

For this reason, the unions have resolved to boycott the stakeholders meeting scheduled to hold on the 25th May 2017 in Lagos as a mark of protest.

“This Minister has the habit of making pronouncements before calling stakeholders for discussion” one of the labour leaders further added.

They vowed to continue to fight against forces within the government that are bent on ceding governments prime investments cheaply to third-party cronies in the guise of concession.

Reacting further, the union members insisted that, until all labour issues are resolved, they will not allow the Minister to get away with “his draconian policies targeted at concessioning of the major sources of FAAN revenue”.

Nigerianflightdeck is an online news and magazine platform reporting business stories with a bias for aviation and travel. It is borne out of the intention to inform, educate as well as alter perceptions with balanced reportage.
Previous UBA’s Mobile Banking App tailor-made to enhance banking ease- Adedeji
Next IT crash causes BA to cancel flights worldwide