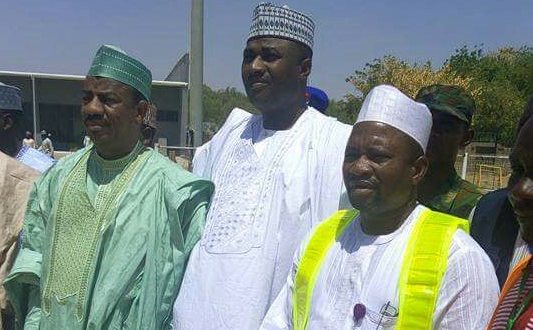 GOVERNOR of Sokoto State, Aminu Tambuwal was on ground to endorse the flight operations of Air Peace, when the carrier  on Wednesday touched down at the Sultan Abubakar III International Airport, Sokoto at 12.45pm at its  inaugural Lagos-Abuja-Sokoto flight.

According to the governor, Air Peace has distinguished itself with delivery of dependable services with  the airline has pledging to transform air travel on the route.

Tambuwal, who was represented by the Secretary to the State Government, Prof. Bashir Garba, said Air Peace had become one of the best airlines in the country and was not bogged down by debt.

He added:“The airline has sufficient and reliable aircraft in their fleet. So we decided to reach out to the management and they answered positively to our call. We had an extensive discussion on how to make their services profitable for the benefit of the people of Sokoto State.

“We want to assure you that we will do everything possible as the government to ensure that you do not have any regret extending your services to the state.”

Also speaking, Chairman of Air Peace, Chief Allen Onyema said the vision of the airline was to collaborate with government to create jobs for the people and contribute to national development.

Onyema, who was represented by the Quality and Safety Manager of the airline, Mr. Patrick Achurefe, assured of a new flight experience on the Sokoto route.

“Today, we are inaugurating our Sokoto service with the conviction that it is a new dawn for air travellers on the route. We have come to Sokoto to inaugurate on-time departure, uncompromising premium on the safety and comfort of air travellers and affordable flight services.

“We recognize Sokoto as a very strategic economic and social capital in the North and Nigeria as a whole. The inauguration of the Sokoto route, therefore, signifies that Air Peace is keen to developing long-lasting relationships with the government and the good people of the state. This is with a view to addressing the challenges of air travel in the area,”he said.

Air Peace, he added, had established itself as the preferred airline on the Abuja, Benin, Calabar, Uyo, Owerri, Enugu, Port Harcourt and Lagos routes.

Onyema said: “We are already replicating our success story on the regional route with the launch of our Accra-Ghana flight operations. Soon, we will be in Abidjan, Douala, Niamey, Dakar, Johannesburg, South Africa, Dubai, Mumbai, Guangzhou-China, Atlanta, and London among other destinations we have secured approval to operate flights into. ”

Nigerianflightdeck is an online news and magazine platform reporting business stories with a bias for aviation and travel. It is borne out of the intention to inform, educate as well as alter perceptions with balanced reportage.
Previous FG appoints Wali, Danraka removes Diala, lawal as AIB gets two new Directors
Next Foreign dignitaries to convene in Port Harcourt for Bantaba