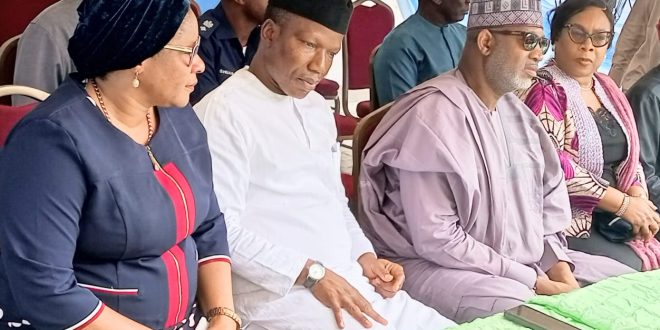 Minister of Aviation, Senator Hadi Sirika has said that the completion of Airfield Lighting (AFL) on Runway 18L/36R of the Murtala Muhammed Airport, Lagos has provided closure for three fundamental issues, safety, airport efficiency and efficiency  of airlines in cost saving, operation and comfort.

The Minister made this known at the Protocol Lounge of the General Aviation Terminal (GAT) in Lagos while appreciating stakeholders  for their patience while the professional team of the Federal Airports Authority of Nigeria (FAAN) and the contractors delivered on the runway.

Sirika said he landed on Runway 18L/36R at about 10pm on Monday, November 14, 2022 and maintained that the runway lighting and other safety components were working perfectly.

According to him, the 2.7 kilometres (2,700m) long runway 18L/36R ‘s  approach lights, Runway Lights (Threshold and Centre, edge light and others were working perfectly and would bring about succour to airline operators in terms of cost saving and comfort to passengers because of its time saving benefit.

Sirika said the Runway has cause untold hardship in the sector for 14 years and subsequent governments have overlooked this critical infrastructure even to the level that airlines started seeing the abnormal as a norm.

“We are focused on safety critical items, security items that passengers don’t see. Nothing concerns the passengers about Very High Omni directional Radio ( VOR), Instrument Landing System ( ILS) and other safety critical infrastructure but those are the particulates for safe air travel.

Speaking earlier, Managing director of FAAN, Captain Rabiu Yadudu recognised the professional job done by a team of FAAN engineers and the contractors stressing that the task was not easy at all.

” It was a very difficult task but we delivered a very critical milestone, achievements come and go buy none comes bigger and better than the lighting of the MMA Runway 18L/36R”

“Over the 14 years minimum the lack of AFL compromised security, efficiency and affected 24/7 operations. As a pilot, I have never landed  on Runway 18L/36R after sunset and I have been a pilot for over two decades,” he said.

The FAAN helmsman also appreciated the Federal Executive Council ( FEC) for making it happen and the Minister of Aviation for tirelessly working to get it done.

Nigerianflightdeck is an online news and magazine platform reporting business stories with a bias for aviation and travel. It is borne out of the intention to inform, educate as well as alter perceptions with balanced reportage.
Previous BAGAIA Commissioner establishes importance of partnership in accident investigation
Next Court issues interim injunction, stops Nigeria Air after Minister’s ‘no court can stop project’ jibe