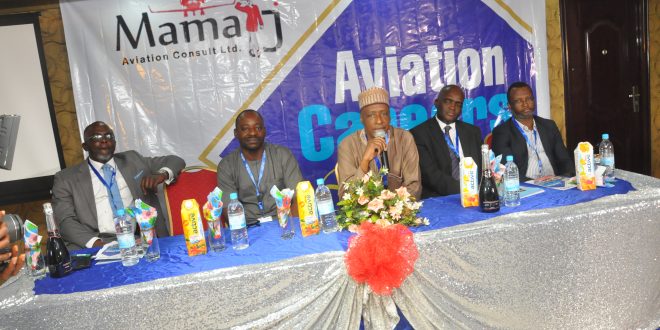 AVIATION industry has been described as vastly huge with humongous potentials enough to cater thousands of jobs but is being hindered by lack of adequate data to show.

Apart from pilots, cabin crew and all those who require periodic licensing from the Nigeria Civil Aviation Authority (NCAA) to operate there are jobs within the industry that are not adequately recorded because of inadequate data which hinders planning.

Guest speaker at the Aviation Careers Conference organized by Mama J Aviation Consult Ltd, Olugbenga Onitilo made this known while presenting his paper, The role of career mentoring for capacity building. 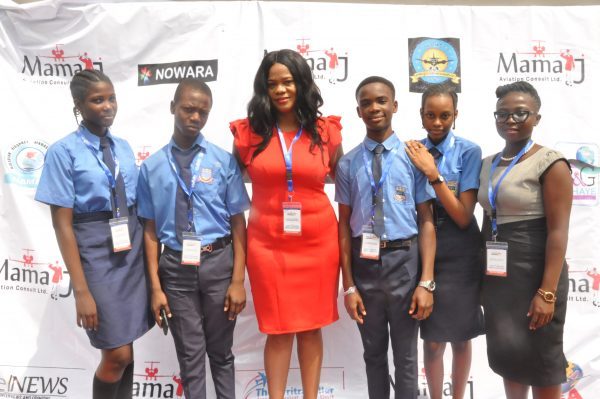 He called for government to institutionalize capacity building, even to foreign airlines that gain so much from the country that they have no physical investment in, stressing that training was a good start for reciprocity.

Speaking earlier, Convener of the conference, Joy Ogbebo CEO of MamaJ Aviation Consult Limited stated that the forum was well-timed based on identified information gap in the areas of trained aviation personnel.

She stated that many youth interested in this area are seeking information that is not readily available complicated by the fact that there are no mentoring institutions to guide them leading to high level ignorance about the vast possibilities in the industry.

“We cannot wish away the urgent need to build capacity. One of the ways we can achieve this is to create a platform such as this where professionals can reach out to many youths at the same time.”

“It is baffling to know that a lot of people who are already in their thirties are still trying to find out the career opportunities in the industry and what it takes to pursue one. Whereas, this process should have started much earlier whilst they were in secondary school”, she said.

Advising that the government on its own needs to strengthen aviation institutions, Ogbebo noted “We should have an Aviation University where Aviation courses are offered. That way, the next generation of aviation professionals can proceed to the university and pursue aviation degrees rather than go through the conventional universities first, before starting their journey in the aviation world”.

Ogbebo also advised the government, agencies, airlines, corporate organisations and other aviation stakeholders to join in the search for a knowledge based society, noting that it is high time Nigeria improves on their Career Guidance, particularly in aviation, right from the secondary school stages.

On airlines and corporate organisations, she said such organisations need to understand that countries that are advanced and have taken aviation to the next level are the ones that have taken proactive steps to develop human capital.

Guests speakers at the event were: Rector/CEO, NCAT, Abdulsalam Mohammed who spoke on The Role Of Aviation Training Institutions In Human Capital Development while Chief Executive Officer of Skybridge Aviation Limited, Olugbenga Onitilo spoke on “The Role Of Career Mentoring For Capacity Building”.

Other discussants who participated at the conference were: Head of Training, Aero Contractors Nigeria Limited; Technical Adviser, NCAT, Waheed Disu and Olakunmi Odumosu.

Nigerianflightdeck is an online news and magazine platform reporting business stories with a bias for aviation and travel. It is borne out of the intention to inform, educate as well as alter perceptions with balanced reportage.
Previous Why Nigeria needs to develop general aviation to employ hundreds of pilots
Next FAAN to commence rehabilitation of Enugu Airport Runway