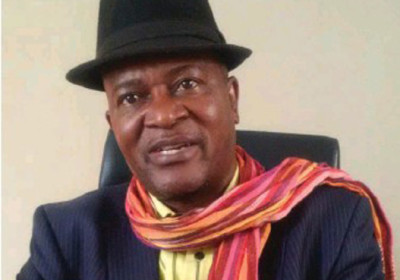 ‘No Captain Ojikutu! You cannot condemn African airlines like that!!’

NigerianFlightDeck 30th May 2016 Points of View, Your ViewPoint Comments Off on ‘No Captain Ojikutu! You cannot condemn African airlines like that!!’ 952 Views

I do respect the person and achievements of Capt. Ojikutu but I have to respond to this before we accept his sentiments as facts.

The reason I have chosen to react to this is because of my position as team Leader for TeamAfrica. The TeamAfrica is a group of Africans in Travel Business from about 20 countries trying to promote travel within Africa by Africans. One of our goals includes promoting the growth of Aviation within Africa by Africans. So I am pained to see a carte blanche condemnation of the top four African airlines in one supposed expert opinion. Available statistics from both AFRAA and IATA show that non-African carriers dominate Africa with about 80% of load carried.

In the art of Propaganda the tactics of switch and spin has been applied in full dose by Capt. Ojikutu. Emirate Airlines was the Airline in Focus but Capt. switched the object of attention and directed us to focus on African competitors of Emirates. That is a Master class spin Doctoring in play. I don’t think Emirates PR could come up with a better play. Christine Amanpour did it to Nigeria the other time she argued with President Jonathan. The lights at Super Bowl failed for up to 20 minutes. Instead of answering to questions about Super Bowl she switched the discussion to perennial blackout in Nigeria and that became the topic of discussion.

Let’s address the allegations by Capt. Ojikutu. They are mostly false and unfounded. He said and I quote “The NDLEA search light on cocaine traffickers should not be on Emirate flights alone or on passengers coming from Brazil; focus should be on all flights from Middle & Far East, East & South Africa, especially, Middle East, Egypt, Ethiopian, Kenyan Airlines, etc. Proper attention must be given to those on Ethiopian Airlines especially the flights to Enugu.”

The NDLEA focus on flights from Brazil is because of the Geography of Drugs. Cocaine from Latin America and Heroin from Asia. So advising them to chase Cocaine bust on Asian flights is not an expert advice.

He also gave another wrong expert advice. He claimed that they should focus on African Carriers but statistics available to any body shows that these African carriers carry only a small number of passengers out of Nigeria. Most of the passengers are carried by Emirates, Qatar, Turkish, BA, Etihad and other European carriers. So how do you focus on the small carriers and ignore the big players in the market. Outside Ethiopian and South African Airlines the other African carriers use B737 for their flights while the other non-African carriers use huge airplanes. How does one justify his expert advice?

He also claimed that “In Nigerian, it should not be difficult to identify the passengers as the trends has always been from a particular geographical area. I knew this way back in 1987 on my way to Kenya and 1990/94when l was the Military Airport Commandant for MMIA”.  This one is difficult to justify because in 1987 and 1994 he was quoting as his years of observations none of the African carriers were flying through Nigeria to the Far East. Ethiopian Airlines though have been in Nigeria since 1960 started the Bangkok route only in the last 20 years, Kenya Airways started flying to Nigeria in 1998, South African Airways was under the Apartheid Regime and started flying to Nigeria after 1999. If one can recall the era he mentioned was the height of the drug trade by Nigerians. These African carriers were not major players at the time of the drug trade. Most of the drug was on European carriers then. They were the major airlines out of Nigeria then so I am surprised that Capt. dragged African carriers into the drug history of Nigeria.

If one was wondering why Capt. Ojikutu was targeting African Airlines the answer lies in the last paragraph,” That was the reason for approving Ethiopian airline flying to Enugu by the minister that did it and at the time it was done. Ethiopian airline was the original trafficking flight; think about it; how many traffickers has d NDLEA interdicted at Enugu airport since Ethiopian airlines has been operating to d airport? Compare the passenger traffic on that flight to Enugu airport with d traffic on same flight to Lagos.” His problem is with Enugu Airport and the international flight into Enugu. He claimed that the Airport in Enugu was opened for the reason of Drug trafficking by Stella Oduah who was the minister in August 2013 when the Airport was opened. That to me is the lowest blow possible. The statement is completely classless full of prejudice and should be considered a faux passenger. Even if one harbours such bigoted sentiments it should never have been uttered in public not to talk being issued as a statement. I will leave the politicians to argue on the tribal sentiments expressed by Capt. Ojikutu but will task him on the issue of drug arrest at Enugu Airport. EFCC recently announced the convictions and forfeiture of huge foreign currencies seized from Passengers at Enugu Airport recently. These were traders trying to smuggle money to China for their goods and were arrested because of the strict foreign exchange regime in place. Maybe Capt. Ojikutu will prefer NDLEA to announce that it was only drugs and not dollars that were found on them. He even tried to compare passenger traffic out of Enugu with that out of Lagos which to me is unkind. Ethiopian Airlines flies into Enugu about 3-5 times a week with a small aircraft that was recently upgraded to B787 so how can one compare figures of only one international flight out of Enugu with more than 6 million passengers out of Lagos even if the correlation intended is on the per capita drug arrest to passengers carried. The full focus of customs and agents at Enugu airport of 150 passengers a flight is intense. I need to point out here my attachment to Enugu Airport. I grew up in Enugu and my first job was a booking clerk for Nigerian Airways so it’s easy to see why I am reacting here too.

NDLEA recently said that 7 out 10 young boys in the north use cannabis and most of the Cannabis are grown in South West Nigeria. Does that necessitate pillorying a group of people as either users or growers of drugs. Leaders should be careful with what they say in public even if they harbour such outdated sentiments.

Things have changed a lot in Aviation and the world. Emirate airlines should not be targeted for drug searches as Emirates have contributed a lot to the changing face of Aviation in Nigeria and the world. Emirates in the last 11 years they having been flying to Nigeria have added great value to our economy. I greatly admire the model they have created in Aviation. But in defending Emirates we should not kill off our fledging African carriers. I am proudly African and have no excuses to make.

Nigerianflightdeck is an online news and magazine platform reporting business stories with a bias for aviation and travel. It is borne out of the intention to inform, educate as well as alter perceptions with balanced reportage.
Previous Emirates incident: Security expert gives NDLEA areas of interest
Next Delta, Virgin Atlantic strengthen network between US, UK