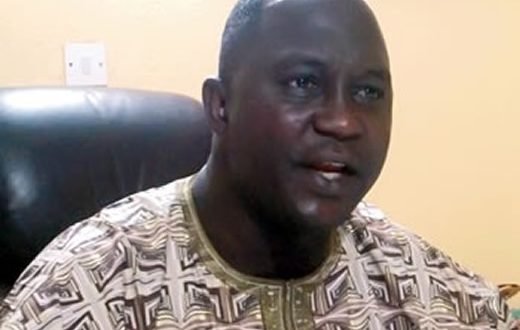 Share
PRESIDENT of the Nigerian Labour Congress (NLC), Comrade Ayuba Waba has called on the Federal government to investigate the mismanagement of N120 billion  intervention funds in private pockets meant for bail out of airlines in distress.
Comrade Waba speaking at the 10th Quardrennial national delegates conference of the National Union of Air Transport Employees NUATE in Asaba said intervention funds running into billions of naira meant for bail out for the aviation sector in the past went into individual pockets.
Recall Federal Government through the Central Bank of Nigeria ( CBN) approved N500billion of which N300 billion released meant for the Power sector, Small and Medium Scale Enterprises(SMEs) and the aviation sub sector which received N120billion from the funds.
Wabba insisted that those funds must be accounted for by those involved in the disappearance which was meant for bail out.
He said it must be recovered and ploughed back into the system for infrastructural development in the aviation sector.
The NLC boss while commending the government for the release of part of Nigeria Airways workers severance package, called on the government to ensure the total settlement of the remaining money.
He recalled that a lot of former workers of the defunct Nigeria Airways have died since the airline was liquidated
Recall, in 2016 a CBN director, representing the Governor, Mudashiru Olaitan said out of the N120 billion intervention fund injected into the sector, only N39.5 billion had been recovered while the balance of N81.2 billion was still outstanding.
He admitted that some of the 10 Airlines that benefitted from the fund were now moribund, which, according to him, was against the objective of the fund.
He named AirNigeria and Chanchangi Airlines as the moribund ones, while Arik, Dana, Aero, Kabo, Overland, First Nation, Odenegene are the ones still in operation on the strength of the fund.
When probed on why two out of the 10 airlines folded up despite the intervention fund, he said responsibility for monitoring the implementation of the fund was given to Bank of Industry, BoI, being the facilitator of the loan

Nigerianflightdeck is an online news and magazine platform reporting business stories with a bias for aviation and travel. It is borne out of the intention to inform, educate as well as alter perceptions with balanced reportage.
Previous Mshelia at NUATE Conference says Nigeria needs transparent governance, PPP arrangements
Next NLC, TUC disrupt services at the GAT as strike hits aviation