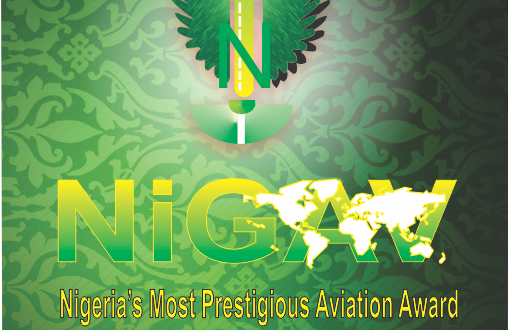 The 12th  Nigeria Aviation Awards ( NIGAV) has received over 1400 votes conducted through an online survey-based mechanism from the public in various award categories to authenticate the 2022 award process.

This is just as the award and ministerial gala dinner slated for 20th January and themed: The Coming of a New Era’  has been moved to February 4, 2023 with Mr. Richard Aisuebeogun ( IAP) as Chairman of NIGAV Development Promotion Committee.

Chairman NIGAV Mr. Fortune Idu who revealed this to the media earlier today expressed joy at the response from the recipients of the award questionnaires who answered and picked deserved winners of each category stating that the NIGAV Development Promotion Committee’s diti is to direct the selection process and as an independent body, cannot influence who the award is given to.

He stated that in the past 12 years since the inception of the awards, that NIGAV has conferred  over 100 prestigious awards to deserving individuals and organisations while remaining a very strong advocate and promoter of industry development.

He explained that the awards have improved airport managers zeal to perform, airlines interest in the customers they serve as they were all trying to be at the top of their game, stating that this year’s award comes with a twist as the industry and general public at large will respond.

” We can boldly say that we have through this process improved airport managers’ zeal to perform and have also through our advocacy encouraged higher level management autonomy of airports around the country to help improve quality of airport services.

” We visited no fewer than five airports to ascertain their level of preparedness for passengers, their interactions, their facilities and how efficient they are. Now, even airport managers call us to come and see what they are doing.

” Same for airlines, we send them memos to find out how easy their refund processes are, how they deal with customer complaints and so on and we’ve had some pretty interesting responses.”

He further said the award is meant to motivate recipients to do more and create positive competition in the area of service delivery.

According to him, Secretary to the Government of the Federation, Boss Mustapha, the Governor of Lagos State, Babajide Sanwo-Olu, the Chairman House Committee on Aviation,Hon Nnaji Nnolim would conferred their awards.

The event, according to Idu, will include the industry performance appraisal presentation and outlook 2022, the crowing of the King and Queen of the Air which will closely examine the functions of cabin crew on inflight passenger experience attracting a cash reward of N1,000,000 as well as Charity Donations to the Save our Souls ( SOS) Children Village.

Nigerianflightdeck is an online news and magazine platform reporting business stories with a bias for aviation and travel. It is borne out of the intention to inform, educate as well as alter perceptions with balanced reportage.
Previous MMA2 launches newly improved website, promises hitch-free yuletide festivity
Next Travel agents award Dana Air Best, Most Resilient Airline