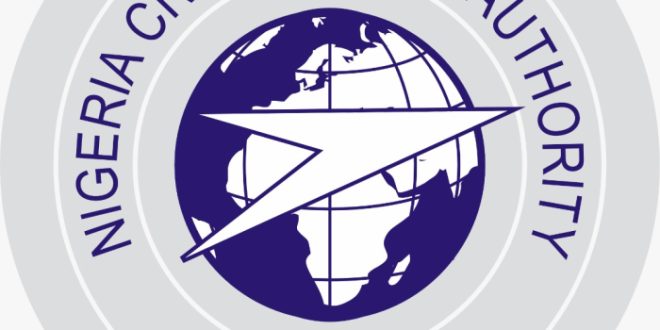 Federal Government in the reviewed Nigeria Civil Aviation Authority (NCAA) Civil Aviation Act 2022 has strengthened the law guiding remittances of the 5% airfare, contract, charter and cargo sales charge otherwise called ticket sales and cargo sales charges( TSC/CSC) as this may to stop the over N19bn debt  and $7.8bn accrued over the years as debt to the regulatory agency.

This is just as the regulator has revealed that it is in the process of reviewing re-validity of the Air Operators Certificate ( AOC) from two(2) to five(5) years for scheduled operators and to three (3) years for non-scheduled Operators.

Director General Civil Aviation, Captain Musa Nuhu who spoke to aviation reporters in a Zoom Meeting today explained areas in the new Act that has been signed by the President and gazetted, stating that it was a step to strengthening the industry further.

According to the passed document, the CAA may delegate power to collect these 5% to the airlines and by regulation prescribe the manner and time for making remittances of funds collected on its behalf.

The new Act equally places a N5,000,000 fine, two year imprisonment or both on operator’s directors whose airlines fail to remit these funds to the CAA  within the time specified.

DG CA, Captain Musa Nuhu who explained on the reason for the CAA Section 23(10) dealing with the remittance,” This came about as a direct response to our parents experience in the past to collect those funds and those funds if collected can be used to train, add infrastructure for the industry, Yes, it is a direct result and to  collect some those funds we have entered MoUs with airlines to get them to pay as part of the renewal process for their AOCs and everything else you must reach an agreement for the payment of all outstanding, it’s going to take time but quite a few have signed the MoU.

The Act which come with the additional checks may deter the continuation of the humongous debt the Authority  by airlines, some of whom have refused to remit these funds held in trust.

As at August 2022, the debt of domestic airlines to the CAA was put at N19bn and US$7.8 million which has accrued over the last few decades, the funds have become a challenge for the CAA to collect as remittances are made using force.

Meanwhile, the DG while responding to issues of validity of AOCs and  complaints for stakeholders said,“We have listened to the industry over the years, we are not adverse to improvement or changes. We are in the process of reviewing the re-validity of the AOC issued to the industry.

“We are working on the review of the current validity. Within the first or early part of the first quarter of next year, it will come into effect and it will explain who is entitled. As soon as it is internally done, we will release the new review.”

“For scheduled operators we extend from two years to five years then unscheduled Operators those are the charters’ we are looking to extend it to three years so that we can accommodate the concerns of the industry.

“It automatically extends re-validity to give years for scheduled and three for unscheduled. Of course there are other changes and conditions. A fee for AOC now is N200,000 that’s  just a return ticket from Kano to Abuja and countries like Ghana pay US$250000 and the effort the authority puts in the process from the preliminary to phase 2, phase 3,4 and 5 is a lot of you quantify it in financial terms is a lot. So we are going to look at that.

“Even among schedule operators depending on the complexity of your operations. So the fee for AOC will depend on the complexity of the operations and I think the five years gives a breather for the airlines and also on the part of the NCAA, it gives us a breather from paperwork from every two years to five years and also free us to do other oversight functions such as surveillance.” He said.

Nigerianflightdeck is an online news and magazine platform reporting business stories with a bias for aviation and travel. It is borne out of the intention to inform, educate as well as alter perceptions with balanced reportage.
Previous United Nigeria Airlines introduces instalment payment for tickets
Next NiMet, NCAA alert pilots, operators on hazardous dry weather, possible low horizontal visibility