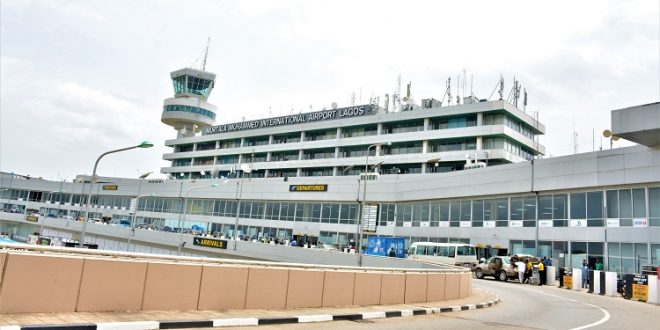 The Nigerian Meteorological Agency, (NiMet) and the Nigeria Civil Aviation Authority (NCAA) have both warned on hazards of dry weather cautioning airline operators on the effects of this weather.

NiMet in a statement late last night  warned the public on the possibility of deterioration in  horizontal visibility as a result of thick dust haze propagated into the country from the source region in Niger.

In a statement signed by the agency’s General Manager Public Relations, Muntari Yusuf Ibrahim, NiMet advised airline operators to avail themselves of weather reports from NiMet for effective planning in their operations.

This was followed by an Advisory Circular (AC) with reference no AC: NCAA-AEROMET-34 signed by the Director General Civil Aviation, Captain Musa Nuhu initiated by the Directorate of Aerodrome and Airspace Standards (DAAS) addressed to all Pilots and Airline Operators

The Advisory circular is sequel to the Seasonal Climate Prediction (SCP) issued by the Nigerian Meteorological Agency (NIMET) which reported that cessation of rainfall and weather associated with Dry Season in Nigeria from late December 2022 to March/April 2023.

Hence, this AC is intended to alert pilots about the nature of weather associated with the dry season in Nigeria ranging from light/moderate to severe dust haze and sometimes early morning fog which can sometimes reduce the horizontal visibility to below the aerodrome operating minima.

With the issuance of this circular, Advisory Circular AC: NCAA – AEROMET 33 is accordingly cancelled.

The CAA enumerated are effects of  hazardous weather on flight operations:l to include: Air-to-ground visibility reduction due to haze dust or fog; Aerodrome visibility may fall below the prescribed operating minima and in severe conditions, dust haze can blot out runways, markers and airfield lightings over wide areas making visuals navigation extremely difficult or impossible; and Flights are bound to be delayed, diverted or cancelled where terminal visibility falls below the prescribed aerodrome operating minima.

The CAA declared,”Pilots/Flight Crew Members shall obtain adequate departure, en-route and destination weather information and briefing from NIMET Aerodrome Meteorological Offices and Stations prior to flight operations and exercise maximum restraint whenever an adverse weather is observed; and

” Operators shall ensure that all necessary measures are put in place to cushion the effects of delay or cancellations on their passengers.

While the Authority urges all passengers to exercise patience and understanding during this period as their safety is of utmost importance, stakeholders should ensure strict compliance to this Advisory Circular as violations would be viewed seriously.

It said stations in Niger (Maine-Soroa, Goure, Maradi, N-guigmi, Diffa and 61091) and Chad (Ndjamena) have both persistently reported Dust-Haze with poor horizontal visibility. In the next few hours, strong winds at 800m will spread more dust into the country”.

Dust-Haze with poor horizontal visibility. Strong winds at 800m are expected to transport the dust to the country, particularly the North and North-central regions, in the next few hours”. It read.

The release further disclosed that satellite images obtained indicates that In the next 24 hours, there are prospects of thick dust haze (In poor horizontal visibility, less than 1000m) over Katsina, Kano, Yobe, Bauchi, Gombe, Jigawa, Borno and Adamawa; while other Northern and North central states are expected to report moderate dust-haze (visibility of 2–5km). This weather condition is expected to persist for the next 72 hours.

The Day-Time Temperature (Max) over the country is expected to fall as a result of plume of dust.

It advised members of the public to take necessary precautions due to dust particles presently in suspension over the atmosphere.

Also, Individuals with respiratory ailments are advised to protect themselves as the current weather condition is not good for their health.

Night-time cold temperatures should be expected so warm clothes are advised for little children.

Nigerianflightdeck is an online news and magazine platform reporting business stories with a bias for aviation and travel. It is borne out of the intention to inform, educate as well as alter perceptions with balanced reportage.
Previous New Civil Aviation Act 2022 to address TSC/CSC indebtedness
Next Photo News: FAAN donates to Children’s home in Kano