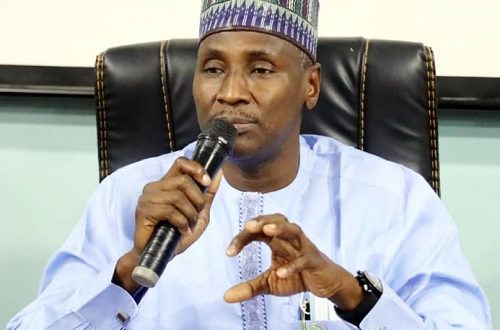 RECTOR, Nigerian College of Aviation Technology (NCAT), Captain Alkali Moddibo has revealed that the college has 20 serviceable aircraft at the college enough to meet its need at every-point and is will be  taking delivery of two Diamond aircraft – double and single engine in the first quarter of 2022.

He also said the college is thinking of getting Magnus aircraft, an aircraft type manufactured in Hungary because of the safety features it possesses including an in-built parachute apparatus for ejecting in times of danger.

This is just as Captain Moddibo said that the only way to increase jobs in the Aviation industry, is for the sector to be more industrialized by having more airlines and stressed that college is for experience and knowledge to enable students find their path.

The NCAT boss made these assertions in a interview with reporters in NCAT Zaria, Kaduna State while responding to questions from reporters.

According to him, jobs are out there an so pilots and engineers should not limit themselves to only flying or repairing of aircraft stressing that the aim of every pilot is to fly, and engineer to work on aircraft but when jobs don’t come, these professionals can work in any of the agencies or the Ministry of Aviation.

He also said the quest for a national carrier when achieved,  will give room for more employment, more competition with the other airlines.

His words, “I always say college is for experience and knowledge. If we take in students, after certain time, they are delivered to the public as graduates. At the end of the training, some will be pilots, engineers, cabin crew, air traffic controllers and others. When you go out as a fully graduated person with the certificate, you look forward to get a job.

“If you look at Capt. Rabiu Yadudu, the Managing Director of the Federal Airports Authority of Nigeria (FAAN), is a pilot, the immediate past Managing Director of the Nigerian Airspace Management Agency, Capt. Fola Akinkuotu, was a pilot and same applies to Capt. Musa Nuhu, the Director-General of the Nigerian Civil Aviation Organisation (NCAA). Also, the current Commissioner of Accident Investigation Bureau, Engr. Akin Olateru, is an engineer and several others.

“So, jobs are out there, pilots and engineers should not limit themselves to only flying or repairing of aircraft. The aim of every pilot is to fly, but when jobs don’t come, you can work in any of the agencies or the Ministry of Aviation. We look forward to the Federal Government opening more opportunities to aviators.

“Sen. Hadi Sirika, the Minister of Aviation, has the love of aviators in his heart and he has been doing great things to ensure that the aviation industry moves to the next level, especially if you have your own national carrier, even though it is not going to be 100 per cent governmental, but that will give room for more employment, more competition with the other airlines,” he said.

” At a given time, you have at least five to six serviceable airplanes. Presently, we have about 20 serviceable aircraft at the college, but whatever we have, are enough to train students at any given time. Like I said earlier, we intend to take delivery of more airplanes this year. We will take one in February and another in April. The Diamonds will be about 15 in all.

“They are advanced cockpit; we have the latest technology that you can find in any machine in it and it uses Jet A1, which is cheaper than the Aviation Gas (AvGas). Aviation gas is not easy to come back, we have to import it into Nigeria and that is what the Tampicos are using.

On reasons behind the planned purchase of a Magnus aircraft, he said it possesses safety and that NCAT have been to their factory with NCAA and the Ministry of Aviation, conducted technical inspection; and sooner or later, those machines will be used here.

“The advantages of that machine ares that; one, it is made from carbon fibre, very light and it uses Premium Motoring Spirit (PMS) like the one you use in your car. So, from AvGas, we want down to Jet A1 and we are also going into PMS. It is going to be less expensive to run with that aircraft.

Nigerianflightdeck is an online news and magazine platform reporting business stories with a bias for aviation and travel. It is borne out of the intention to inform, educate as well as alter perceptions with balanced reportage.
Previous Aura by Transcorp Hotels to gift free staycation to lovers for Valentine’s Day
Next FAAN plans 30% revenue growth despite Covid-19 impediments