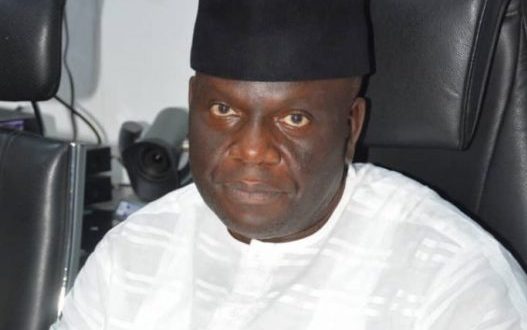 NIGERIAN Civil Aviation Authority (NCAA) has said that the law on 100 per cent refund on air tickets in case of three hours delay is not novel to the Nigerian Civil Aviation Regulation (NCAR), stressing that it was gazetted by the Federal Government and has been in existence since 2015.

This is just as he clarified that in case of natural phenomenon, the airlines would not be sanctioned by the agency, describing it as a force majeure.

Director-General of NCAA, Capt. Musa Nuhu who made this known in an interview with aviation journalists in Lagos over the weekend decrying that most passengers don’t report to the regulatory agency whenever their rights were impugned upon but pointing out that soon, NCAA would commence a campaign to educate the travelling public on their rights and the available report channels.

According to him, before the 2015 amendment to the extant regulations, airlines were supposed to pay 100 per cent compensation to passengers after two hours of delay, but the regulatory agency amended it to three hours in order to accommodate the complaints of the indigenous airlines and in a bid to ensure fair play for all.

Nuhu insisted that whatever Sen. Hadi Sirika, the Minister of Aviation said on compensation, recently was not new, stressing that the minister was not reinventing the wheel. READ MORE: Minister reads riot act to airlines says they must pay full refund for over 2 hour flight delays

He stated that airlines were given Air Operators’ Certificates (AOCs) based on the fact that they would comply with civil aviation regulations, maintaining that once any of the carriers is found wanting, the agency would not hesitate to sanction such an airline accordingly.

Nuhu said, “The minister was just referring to NCAA in his statement. Before the amendment to the regulation, airlines were supposed to pay full compensation to air travellers the moment their flight is delayed for two hours, but during the review, the operators complained that the two hours was too short. Then, it was extended to three hours.

“We will implement the new law to the letter, but if the consumers don’t complain, how can we know? We need to educate the passengers about their rights. All airlines were given AOCs based on the fact that they will comply with the regulations. During our surveillance, if we find out that they don’t comply appropriately, we will sanction.

“But, on the issue of force majeure, you can’t sanction them. It is an act of nature and even, the law recognises this.”

The NCAR 2015 Section 19.6.1.1 as amended indicated that for domestic flights, when an operating air carrier reasonably expects a flight to be delayed beyond its scheduled time of departure, it would provide the passengers with reason(s) for the delay within 30 minutes after the scheduled departure time.

For international flights, the regulation said that when an operating air carrier reasonably expects a flight to be delayed beyond its scheduled time of departure, it would provide to the passengers between two and four hours, compensation as specified in sections 19.8.1 (i) and telephone calls, SMS, e-mails as specified in 19.10.2.

Nigerianflightdeck is an online news and magazine platform reporting business stories with a bias for aviation and travel. It is borne out of the intention to inform, educate as well as alter perceptions with balanced reportage.
Previous Aero Contractors explains Asaba, Abuja disruptions offers apologies
Next Capt. Mshelia chairs LAAC 25th Conference as Onyema, Bankole, others participate