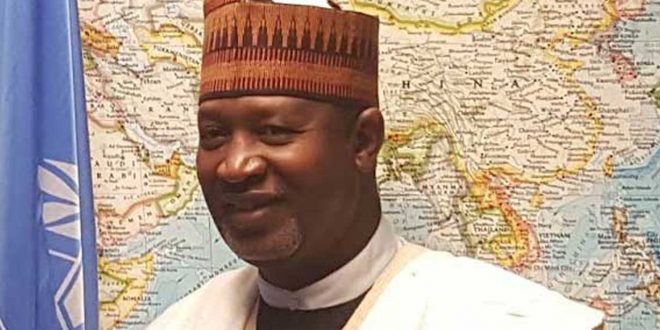 FEDERAL Executive Council (FEC) yesterday approved substitution of the nation’s adviser on establishment of a national carrier, Lufthansa, with AMG (Airline Management Group) attributing the substitution to avoiding a conflict of interest in the future since the former is an appendage of an airline group

The Minister of State, Aviation, Hadi Sirika, made this known when he briefed State House correspondents at the end of the weekly Federal Executive Council meeting in Abuja.
Sirika had the briefing alongside Ministers of Communications and Interior, Mr Adebayo Shittu and retired Lt. Gen. Abdulrahma Dambazau.
Federal government had in May 2017 appointed Messers Lufthansa consortium and five other advisers to help it set up a national airline and develop its aviation infrastructure.

“Today Council considered a memo from transportation regarding aviation. It was a memo that was brought to substitute a member of the consortium that will provide transaction advisory services for the establishment of a National carrier.
“And that member of the consortium is Messers Lufthansa consulting. Council considered and approved that substitution with another company called AMG (Airline Management Group) with Avia Solutions GE to join the other members of the consortium to continue providing the same services at the same cost; this is only substitution’’ he said.

The minister explained that substitution was made “fundamentally, in the wisdom of the council, we felt that Lufthansa consulting is an appendage of the airline group and that might bring conflict of interests.
“Lufthansa themselves may want to join, partner or help in the process during the procurement phase of this transaction.
“And of course they are members of Star Alliance, members of One World and members of Sky team, others may feel shortchanged.
“(Its like) the person advising us set up this airline which is going to be private sector driven, is a member of an alliance which they are not part of.’’
He added that: “since we appointed the transactions advisers in various aviation projects in May 2017, about six of them, five of them have gone ahead, the one for construction of airport, the one for aerotropolis and the one for MRO and so on and so forth.
“Most of them have produced the outline business cases and we are on our way to doing the full business case. However, Lufthansa Consulting, did not accept the offer neither have they signed any contract.
“They countered the offer instead. One of the conditions is that we should pay them 75 per cent of the total cost, which is against our procurement law.
“They also wanted us to change the contract from Naira to Euro, they also wanted us to open an Escrow account in an internationally recognized bank outside the country where the money will be domiciles etc.
“We couldn’t continue with them because it will compromise the system which we thought should be transparent, so that is why we sought the approval of council to substitute them why a neutral person.
“Someone who will accept the terms and conditions given, to accept payment in Naira, to accept 15 per cent payment of the entire cost as against 75 per cent etc.’’

Nigerianflightdeck is an online news and magazine platform reporting business stories with a bias for aviation and travel. It is borne out of the intention to inform, educate as well as alter perceptions with balanced reportage.
Previous Menzies Aviation flouts Nigerian laws, operates without NCAA approval
Next Dana Air decorates captains, first officers says it trained 27 officers in 2017