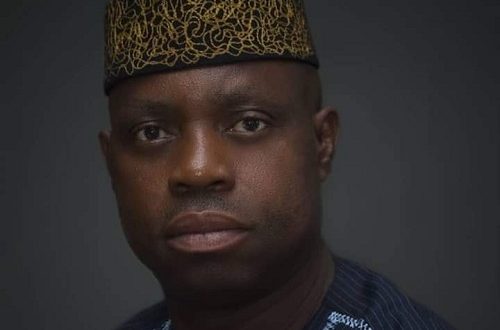 PRESIDENT of Nigerian Air Traffic Controllers’ Association Mr Agoro, Abayomi Omotayo has disclosed that the induction of the newly rated Air Traffic Controllers (ATCs) was intended to usher them into the complex, stressful and demanding environment of the traffic control systems in order to prepare them for the new responsibilities.

Speaking at the induction of the newly rated / licensed ATCs Agoro explained that they will be exposed to the structure and responsibilities of the civil aviation agencies in the country and to be mentored to appreciate professional values, ethics and behaviour of the Air Traffic Control operational environment.

The NATCA President urged the newly inducted ATCs to maintain highest professional conduct in the discharge of their responsibilities as the shepherd of the skies.

Agoro, assured them of his executive’s support always and to partner with them in activities geared towards improving the general wellbeing of the profession.

The Director of Operations Nigerian Airspace Management Agency, Mr Mathew Lawrence Pwajok, in his speech expressed happiness towards the new trend of inducting newly rated/Licensed controllers by the NATCA executives

Enumah encouraged Air Traffic Controllers to identify their level of stress at any point in time in order to give proper attention to it before it posed significant effect on the individual thereby, affecting the safety of traffic management in the airspace.

Also in another paper presentation ‘’Qualifications, qualities, ethics and responsibilities of the Air Traffic Controller’’ by NATCA Vice President Professional and Technical Mr Ahmad Abba admonished the newly inducted ATCs to at all times recognise the positions and qualities they hold and bring to the fore the ethics and professional conduct imbibed in them during the period of their studies.

Abba stated that it will be unacceptable to the association if any of the inductees was found wanting, and that NATCA will not fail to wade in their sanctions on anyone who was lackadaisical in the practice of his/her duties.

Meanwhile, the public relations officer of NATCA, James Alexander Otanjah said the recent induction of the newly rated /licensed controllers in Port Harcourt was one of the requirements after undergoing several rigorous trainings beginning with Aerodrome control approach control and private pilot licence training at the Nigerian College of Aviation Technology Zaria

Otanjah said thereafter, the controller will proceed to the field for a proper rating and obtaining the requisite licence for a period of not less than four years.

According to the image maker of NATCA, licences can only make a controller full fledged ATC but does not give power for solo control at the Tower as such an ATC must complete a six month post licence supervision under a controller after which the ATC will be allowed to function.

He said the ATC remained one of the highly trained, regulated and monitored as their job was that of ensuring safety while working in highly technically regulated industry with same operational safety documents across the globe.

Otanjah assured the public of ATCs continued professionalism in the discharge of their duties and responsibilities to the travelling public.

Nigerianflightdeck is an online news and magazine platform reporting business stories with a bias for aviation and travel. It is borne out of the intention to inform, educate as well as alter perceptions with balanced reportage.
Previous Lagos Aviation Academy rates NCAA’s ATO approval as Half Year 2019 milestone
Next Turkish Airlines announce arrival of first of 30 new 787-9 Dreamliners