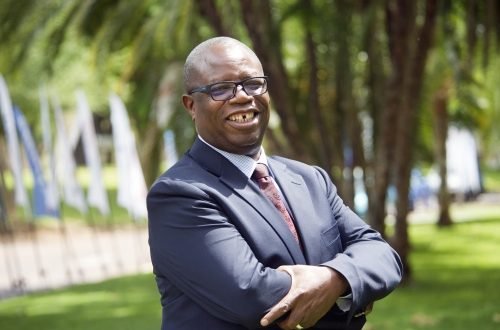 AFRICA has been urged to desist from building airports until they have started utilizing to the maximum, the existing 419 airports within the continent which are currently redundant and its leaders have been advised to keep government away from aviation management.

Director  of Government, Legal and Industry Affairs, African Airlines Association (AFRAA),  Aaron Munetsi who made these known at the just concluded Akwaaba Travel Market shared International Air Transport Association (IATA) statistics which put the total utilization of these airports at about 19% of the 419 airports in the continent.

He also said that the Yamoussoukro Decision was never abandoned, and that the Single African Air Transport Market (SAATM) was set up as an executing policy for Yamoussoukro to enable it to become even more successful.

On the under-utilized airports, Munetsi explained that the 419 airports in the region cumulatively are 80% redundant calling for new approach to generate usage.

He said,” The airports that we have, are so underutilized. Statistics that was shared recently by IATA show that all the airports in Africa are only utilized up to only 19% which means 80% are redundant, even in the busiest airport 80% are redundant so the idea is to make sure the ones that we have are utilized to the max. when we have met and exceeded the required capacity we can think of building new airports.”

Munetsi who also spoke on the SAATM said the policy initiated by heads of governments in January 2018 is coming to give backing to Yamoussoukro Decision, which in his opinion, did not fail.

He said, “If there is anyone more confident about SAATM it is me. As a matter of fact, Yamoussoukro was never abandoned, there is a perception and we have to correct that perception. YD was successful, how many airlines in Africa are operating intra-Africa routes with fourth, fifth, sixth and seventh freedom traffic rights, it’s because of Yamoussoukro and actually when the heads of states came in in January 2018, and they pronounced SAATM they said SAATM is going to enable Yamoussoukro to become even more successful so SAATM is an executing policy for Yamoussoukro.

“Yamoussoukro was never abandoned, it was never a failure, SAATM will never be a failure because it is built for the successes of Yamoussoukro and because of the realization of the heads of government who say by 2063 what we want to do SAATM is going to be a flagship project so SAATM will not fail.

“As I say today, we stand here last week we only had 28 countries that had signed today as we stand here 31 countries have signed and four more are going to stand before the year end. We have crossed the Rubicon now; we can never go back because once the country has signed what is left is the signing of the memorandum of implementation. We are moving together, AFCAC, AUC, AFRAA and we are approaching those countries that have not signed and we are saying, tell us your challenges how can we help you to make this work,” he said.

On airlines, Munetsi posited there will be winners and losers once the air transport market is deregulated but that the major thing is for cooperation among airlines.

He however advised government not to involve itself in managing airlines as it only needs to provide enabling environment to allow buses to thrive.

“That notion that government must help airlines is wrong and I think we are the ones pushing government to do the wrong thing, got must stay out of the way let business survive, there are countries in African  continent where government has stepped aside and the airlines are prospering, we must not continue to force the government to be in aviation  as managing the airlines, they must not, they must pout regulation in place and there must make sure there is discipline in providing service and security and other policies, processes and procedures required but government must not run business

Nigerianflightdeck is an online news and magazine platform reporting business stories with a bias for aviation and travel. It is borne out of the intention to inform, educate as well as alter perceptions with balanced reportage.
Previous NAMA takes delivery, to install CAT3 ILS for Lagos, Abuja
Next Sirika charges 40th ICAO Assembly to support Africa on SAATM