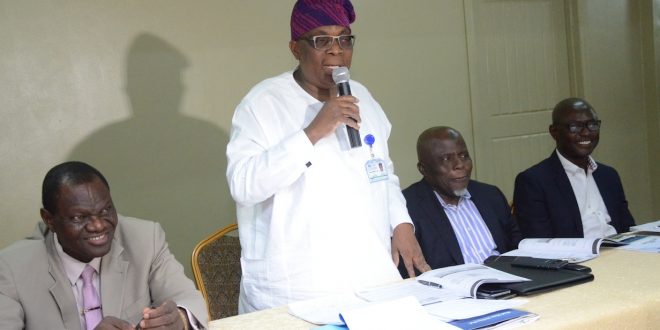 Medview announces Lagos-Dubai for July 4, to spread to francophone Africa

NigerianFlightDeck 10th May 2017 Aviation News Comments Off on Medview announces Lagos-Dubai for July 4, to spread to francophone Africa 521 Views

The airline CEO also said in the next two months, the airlines plans to spread its wings to Francophone countries like Cote’ de Ivoire, Guinea and Senegal having successfully launched operations to Anglophone on the West Coast.

Speaking to aviation correspondents in Lagos, he said the Dubai route has been in the plans of the airline for sometimes, adding that it has concluded necessary arrangements with the Civil Aviation Authority (CAA) of Dubai and got the permit.

“We will be honest to tell you that Dubai has been in the front burner for a couple of months, the rule of the game is that you need to have what it takes, we’ve submitted the details, worked around the CAA, have gotten the permit, put the employees on ground and now to open up the route.

“Dubai frequency will start with Tuesdays and Saturdays, and London will increase to three or four, as you know we operate on Sunday, Friday and Wednesday, and as soon additional aircraft we will increase the frequency, he said.

He disclosed that Medview will soon deploy a B747 for the Hajj operations because of the capacity, saying; ‘we are doing very well, we have the numbers, Saudi authority has increased the number from 75,0000 to 96,000, adding Nigeria is back to the old numbers, We are a major player in Hajj, we have segmented the business, hajj season is here, in the next two months, we will be fully involved’.

Bankole, who disclosed that the airline will soon take delivery of two aircraft: B777 and B737-800 to boost the fleet.

He expressed satisfaction that Medview has the capacity on this routes, urging its marketers to work hard.

Medview Airline went public on January 31, 2017 with the listing of its shares at the Nigeria Stock Exchange, and it is billed to hold its AGM next week.

Nigerianflightdeck is an online news and magazine platform reporting business stories with a bias for aviation and travel. It is borne out of the intention to inform, educate as well as alter perceptions with balanced reportage.
Previous AfBAA builds training momentum signs MOUs with JAA TO, AATO
Next Emirates Group total revenue hits $25.8billion despite poor aviation, travel returns