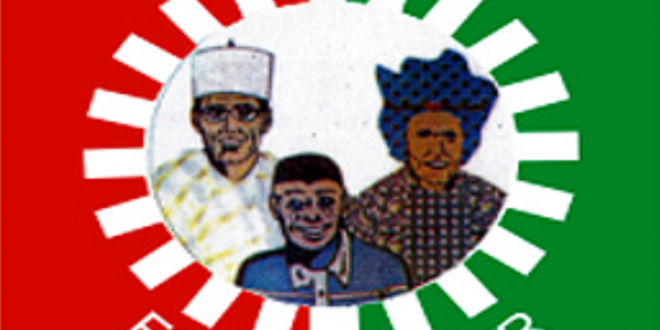 RISING from a State Executive Council (SEC) meeting today, Labour Party (LP) had resolved that any aspirant willing to contest under the party should wait for National Executive Council(NEC) dates for congresses as approved by the Independent National Electoral Commission (INEC) so as not to fall victim to unscrupulous characters posing as genuine party officials.

This warning is coming on the heels of alleged infractions and disregard to the party’s constitution and constituted authority by embattled National Chairman, Abdulkadir Abdulsalam and Deputy National Secretary, Julius Abure.

In a press conference at the Labour House Abuja, State Chairman of All Chairmen of the Party, Comrade Joseph Ndirang told newsmen that the duo were indicted and removed as leaders of the party after police carried out financial investigation and a forensic audit and discovered they collected huge sums of money from innocent aspirants and siphoned them to their own personal use.

According to Ndirang, in the past, the duo simply coaxed innocent and unsuspecting aspirants to pay huge sums of money for nomination forms and some ridiculous waivers charges that never got to the party.

He however said that was in they past and that no aspirant should pay a dime to the duo but pay to a screening committee instituted under the leadership of the Chairman Board of Trustees (BOT) having representatives of the NLC, TUC,NWC and NEC as members.

He decried that Abdulsalam and Abure have turned the party into a private plaything and is currently sacking state chairmen all over the country and is currently swearing-in a state congress holding at the national office.

In the resolutions made, comrade Ndirang said,” SEC has resolved to move the FCT State office of the party to Labour House temporarily, pending the final resolution of the matters by the NEC and NLC leaderships. All persons having dealings with the FCT Chapter should contact us at the Labour house henceforth.”

“Since 2018 is conventional time for Labour Party ward, local government and state congresses, SEC resolved to await the party’s NEC decision on dates for congresses and as will be approved by INEC. Any so called ‘Kangaroo Congress called by Salam and Abure without INEC and the present State Excos is unconstitutional, null and void.”

SEC also pledged its unflinching support and loyalty to the constitutional organs of the party (NWC and NEC) and to the leader of the NLC under Dr. Ayuba Wabba. SEC expresses confidence in the NLC Political commission led by Dr. Najee, Yasin and further affirms its resolve to abide by all lawful decisions from them.”

“SEC passed a vote of confidence on the present FCT LP Chairman, Comrade Joseph Ndirang who also doubles as the newly elected chairman of all chairmen ‘s forum in Nigeria and thanked INEC Chairman, Professor Mahmood for his personal efforts in ensuring that Labour remains indivisible.”

Nigerianflightdeck is an online news and magazine platform reporting business stories with a bias for aviation and travel. It is borne out of the intention to inform, educate as well as alter perceptions with balanced reportage.
Previous Price war has affected handling business adversely-Ag. MD SAHCOL
Next UBA Foundation launches ‘Read Africa’ initiative in Gabon, Mozambique