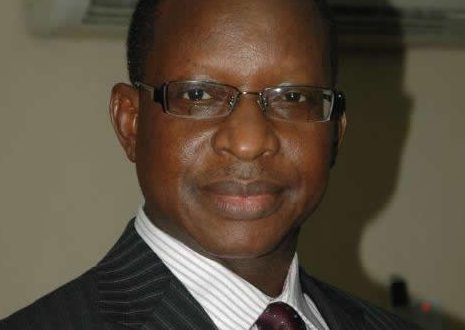 This is just as Nigerianflightdeck.com has been named as one of the official media partners of the epoch event.

According to a statement issued by the organizers of the ATM, Olowo who is also the President of Aviation Round Table (ART) and the guest speaker at the event will be speaking on the topic: “2016: Commercial Aviation Accident Free Year. What Did Africa Do Right”, a topic that is germane to the African aviation sector.

Olowo is an Economist and Business Administrator with uninterrupted cognate experience in Aviation sector.

According to IATA “Last year some 3.8 billion travelers flew safely on 40.4 million flights. The number of total accidents, fatal accidents and fatalities all declined versus the five-year average, showing that aviation continues to become safer. The good news is that in 2016 Africa had no air crash. This is against the backdrop of decades of problematic safety level in Africa.

Mr Olowo’s who is erudite professional in the sector will be bringing his versatility in the global aviation industry to bear on the topic at the 2017 Aviation Day. Gabriel’s deep and wide aviation industry experience has made him an acknowledged expert in airlines and aviation business management. He has provided varied consultancy services in these areas and is an author of many aviation industry related publications. He’s currently the President Aviation Safety Round Table Initiative.

He has attended several professional training courses and served on several expert groups, committees, and panels including the Ministerial Committee on Restructuring of Nigeria Airways Limited in September 2001, Ministerial Technical Committee on the Establishment of a new Flag Carrier in August 2003, Chairman of the Agency Investigation Panel (A.I.P) for Western Africa, and Member of ECOWAS Parliament Committee on Implementation of Yamoussoukro Treaty.

The event aim to stimulate valuable discuss from renowned industry players that will add impetus to the sector and improve and sustain the safety level in the industry. This year’s Aviation Day event is expected to have aviation professionals from global aviation organisations, like the International Air Transport Association, IATA, African Civil Aviation Commission, AFCAC, African Airlines Association, AFRAA and Chief Executives of airlines in the continent.

The 12th edition of the travel and tourism conference with the theme ‘The State of Aviation in Africa Why do Airlines Fail’ which was well attended by travel experts examined the challenges bedevilling African carriers with a view to proffer solutions to the problem inhibiting the growth of airlines in the continent. At the event it was revealed that 37 Airlines collapsed in Africa within a decade.

The 13th edition of Africa Travel and Tourism Conference is aimed at transferring knowledge covering travel, hospitality and aviation sectors from globally rated experts. Apart from the annual Exhibition which offers participants the opportunity to expose their Product to the Travelling Public and travel trends in a face to face format, the 13th AKWAABA African Travel Market will be imparting knowledge to its various participants through Seminar, Networking, Exposure and Provision of new Skills.

The CEOs of Successful African Airlines have been invited to share their experience in running a successful Airline in Africa. Other speakers and Panelists invited will include Representatives from IATA and AFCAC. Leading Aviators from exhibiting countries are expected from Zimbabwe, Kenya, Uganda, Ghana, Togo, Dubai, Tanzania, Liberia, Rwanda, South Africa, Seychelles, Namibia and Nigeria.

Nigerianflightdeck is an online news and magazine platform reporting business stories with a bias for aviation and travel. It is borne out of the intention to inform, educate as well as alter perceptions with balanced reportage.
Previous GTBank reports N101.1 billion profit before tax in 2017 half year result
Next In support of establishing National Flag Carriers