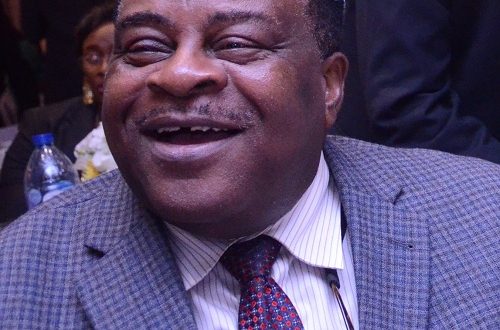 A former director with the Federal Airports Authority of Nigeria (FAAN) , Capt. Henry Omeogu, has called for a resurgence of Directorate of Economic Regulations and Monitoring (DERAM), attributing the continuous imbalance in the Bilateral Air Services Agreement (BASA) arrangements in Nigeria to the lack of those technically groomed to negotiate such agreements.

DERAM, he said, formed to tackle economic issues that affect the airlines; would have metamorphosed into what is now called a Civil Aviation Board (CAB) which is what other developed countries use in the negotiation of BASA arrangements with other countries and not the ministry or ministers as is done in the Nigeria.

Speaking with journalists in an interview at the recent 23rd Annual Conference organised by the League of Airport and Aviation Correspondents (LAAC) in Lagos, the former Director of Airports Operations said without the creation CAB to tackle most of the challenges facing the Nigerian aviation industry, the ripoff would continue.

According to him, the attempt was made at correcting this anomaly when he served as the Deputy Director, Air Transport in the Ministry of Aviation between 1996 and1998 and equally chaired the sub-committee on Airline development in Nigeria.

Omeogu, explained that as a result of the recommendations of the committee, two directorates were established to tackle the issues of safety regulations and economic regulations.

He declared that the essence of CAB was to tackle economic issues that affect the airlines, among which was BASA.

He added: “But because of pecuniary and selfish interests and robbing of the nation through BASA, the creation of CAB never saw the light of the day as it is still domiciled in the Ministry, thereby stunting the growth of airlines in Nigeria.”

He mentioned United States, United Kingdom and other developed countries with Civil Aviation Boards, stressing that it is the department that is responsible for the negotiation of BASA arrangements with other countries and not the ministry or ministers as is done in the Nigeria.

“This will eliminate what I call Avio Politics that is now manifesting. The CAB will fight against policies such as unfair pricing, which most foreign airlines in connivance with their governments use to drive our airlines out of business.

“Our government cannot help because of avio politics. That is why airlines like Air Peace is lamenting. A CAB with technocrats will deal with the issues,” he said.

According to him, NCAA was set up to handle safety issues relating to safety regulations of the industry, noting that CAB was supposed to be be independent of the ministry to prevent interference in their operations.

Omeogu declared that without CAB, Nigeria would never benefit from BASA, regretting that the nation’s airlines would continue to suffer in their international operations.

He described those negotiating BASA on behalf of the country as inexperienced, which he said was unacceptable to the industry.

He said: “Government keeps posting people into Aviation Ministry, even from the Ministry of Women Affairs. They go in and they will be the ones to negotiate BASA for Nigeria. So, the policies they make are completely contrary to the aims and objectives of the industry.

“When you have a CAB, technocrats will come up with good policies for the industry. Anything that they come up with stays forever. We have to push for CAB, which will guide investments and others will be taken care of under CAB. Most ministers come with political agenda, which may not be favourable to the industry.

“These are the things we have everywhere and we should have that to boost our aviation investments through policy. Without a CAB, all what were said here especially on policy somersaults and others will continue and we will come back here again next year without solutions and answers.”

Nigerianflightdeck is an online news and magazine platform reporting business stories with a bias for aviation and travel. It is borne out of the intention to inform, educate as well as alter perceptions with balanced reportage.
Previous Med-view airlifts 550 Ogun state Pilgrims to Jeddah
Next Arik Air introduces special fare for serving, retired Nigerian Armed Forces