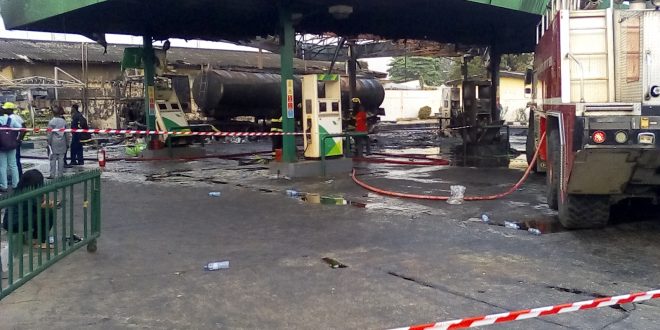 TRAFFIC became unbearable earlier today as fire engulfed one of the service stations of Forte Oil at the Murtala Muhammed Airport Lagos, causing untold hardship to car owners and commuters.

As at the time of posting this report, Nigerianflightdeck.com could not ascertain the cause of the fire but could only  confirm the visible impact it caused.
The fire according to sources started around 2:10 and already caused destruction in its wake before Fire Fighters from the Federal Airports Authority of Nigeria (FAAN) and the Lagos State Fire Department took control of the situation. 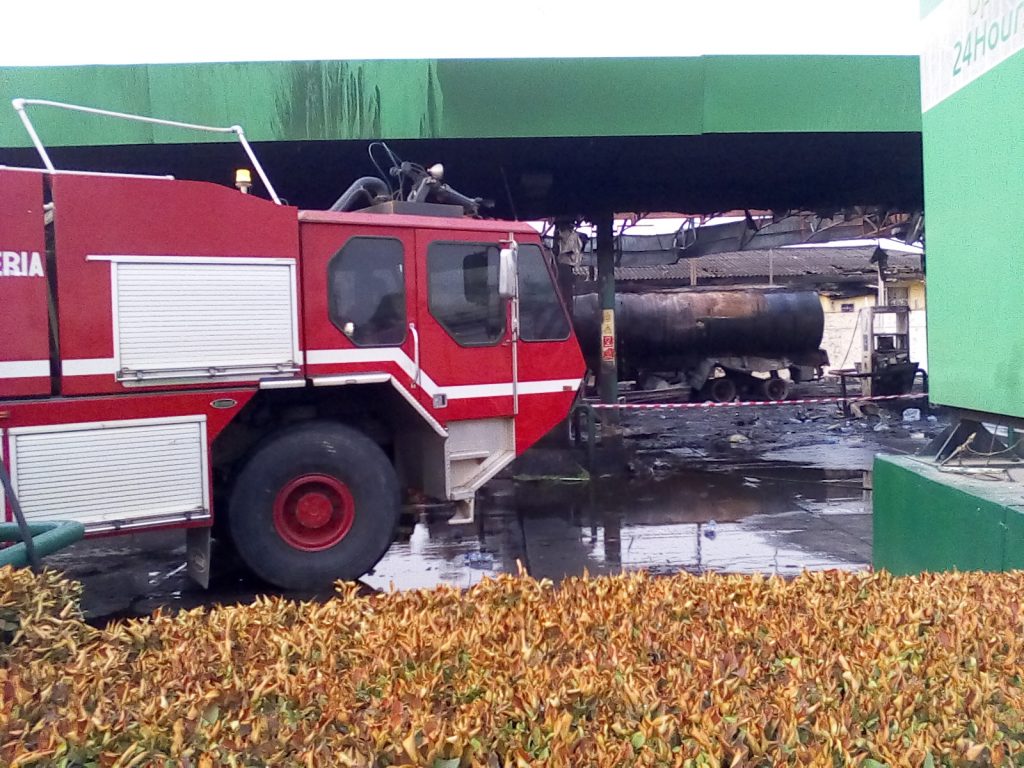 That however, did not ameliorate the damage as the raging fire could be seen all the way from Concord Bus stop and the Murtala Muhammed International Airport ( MMIA).
Commuters who were hitherto in vehicles came down to down a teeming number of people already trekking from the MMIA to the domestic area or national while car owners visibly cursed the situation.
The aftermath of the inferno has left the station totalled completely with a burnt fuelling tanker and other properties.

Nigerianflightdeck is an online news and magazine platform reporting business stories with a bias for aviation and travel. It is borne out of the intention to inform, educate as well as alter perceptions with balanced reportage.
Previous ICAO inaugurates FAAN ASTC, signs MoU on aviation security with British government
Next Osinbajo hails Air Peace, FEHN over fight against gender-based violence