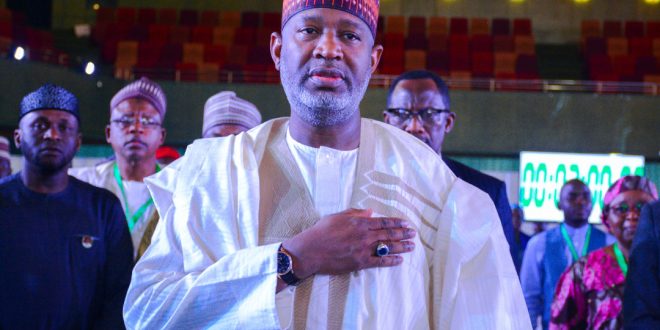 Minister of Aviation Hadi Sirika has announced the emergence of preferred and reserve bidders for three (3) out of four (4) Airports and Cargo Terminals as approved for concession under the programme.

“The preferred bidder for Mallam Aminu Kano International Airport (MAKIA), Kano, is Corporation America Airports Consortium. There are no reserve bidders for MAKIA as at the time of this announcement.” He said.

On Port Harcourt he said, “Port Harcourt International Airport (PHIA), Port Harcourt, did not receive any proposals as of the RFP deadline close and as such has not had preferred and reserve bidders attached to it.”

Sirika said the Federal Ministry of Aviation is in consultation with the Infrastructure Concession Regulatory Commission (ICRC) and other stakeholders as regards the way forward for the fourth airport asset which did not receive bids as at the time of the RFP deadline.

On the next stage, the Minister said the process is a multistage one and is by no means the final outcome of the NACP programme.

Sirika further explained that the next stage of the programme is the negotiations and due diligence stage, during which the Federal Government will invite preferred bidders to enter detailed negotiations with its representatives, with a view to developing a Full Business Case (FBC) before onward transmission to ICRC for review and approval.

He said,” Only after successful conclusion of the negotiation and due diligence stage will the FBC and all other approvals be presented before the Federal Executive Council for final approval by the Federal Government of Nigeria.

Nigerianflightdeck is an online news and magazine platform reporting business stories with a bias for aviation and travel. It is borne out of the intention to inform, educate as well as alter perceptions with balanced reportage.
Previous US Coast Guard seeks stronger ties with NIMASA, commends Nigeria’s effort in Gulf of Guinea
Next CBN to release another $120m to foreign airlines’ says blackmails unnecessary