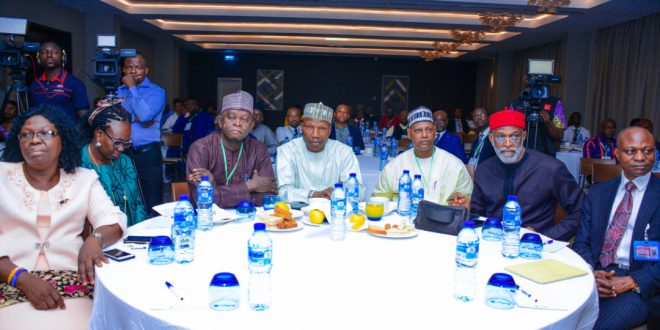 ANNUALLY Wild life hazards especially Bird Aircraft Strike Hazards (BASH) also known as bird strikes have cost Nigerian airlines millions of dollars  of broken windshield / canopy or engine failure (single or multiple engine) due to ingestion of birds or tyre change  as a result of  collision between fauna and an aircraft.

In truth, there are numerous consequences that may arise from wildlife hazard  strikes  and some of these include handling difficulties, electrical problems, landing Gear problems, crew incapacitation; hydraulic problems, aborted Take-off, immediate return to land, landing at the next suitable aerodrome and restricted visibility from the flight deck.

Others include, impaired aircraft control during the landing roll (for example landing gear or brakes malfunction), damaged tyres, damaged Runway Surface and so on.

These risks have been a serious worry to flight operations and in an effort to reduce the incidents to the barest minimal or eradicate it totally, stakeholders in the aviation sub sector led by the Federal Airports Authority of Nigeria (FAAN) met  in Lagos to see how far their implemented plans have gone and what impact it has had.

Managing Director FAAN, Captain Rabiu Hamisu Yadudu in his opening address at the symposium, said FAAN has made strides with regards birds  and hazard control around the aerodrome but said  more needed to be done to stem to ensure aviation safety and reduce financial burdens.

According to Yadudu,  quoting an ICAO source stipulated that bird strikes account for 3.6 percent of all aviation-related incidents but stated that the figures from ICAO although looking small is major giving the fact that a lot of these strikes go unnoticed while some are unreported.

” Wildlife strikes affect airports small and large in all regions of the world. It is both a risk to aviation safety and a financial burdens,” the FAAN boss said.

Also speaking, Director of Airport Operations, Captain Mukhar Muye said when aircraft was invented the risks of sharing the skies with birds were not considered, stating that it causes the collisions between both over time.

He however, said FAAN was doing it’s best and have embarked on projects that will help check BASH at all airports.

He explained that the airport authority will be taking delivery of some Phoenix Bird Wailers to enable it scare away birds around the aerodrome to aid in the battle to reduce the strikes.

He also raised various salient questions to the Nigerian Civil Aviation Authority (NCAA) on laws that will help the mitigation of bird strikes around the nation.

He asked if flights should be delayed to accommodate wildlife management activities among other questions.

In his presentation, an Operator Captain Jide Bakare of Arik Air looked at the impact of bird strikes on the airline’s operations said between 2013-2019 the airline has had 11 bird strike with an direct repair cost amounting to US$ 1.60 million and a combined man hour of 706 hours.

He stated that Port Harcourt,  Enugu and Lagos airports accounting for eight (8) of those strikes and Port Harcourt having the highest number of four (4) strikes.

For him, crew should discuss bird-strikes during takeoff and approach briefings when operating at airports with known or suspected bird activities.

FAAN  Ornithologist from the Department of Environment, Mr. Kazeem, who gave his presentation on what the airport authority has been doing to halt the bird strike scourge, stated that the FAAN last year successful completed of the relocation project of the critical mass of birds along the flight paths at the MMA.

According to the ornithologist, in the last few months FAAN has dispersed critical masses of  wildlife particularly birds around the Murtala Muahmmed Airport with plans to replicate same across airports where bird strikes are predominant.

He said FAAN embarked on habitat management, including reduction or elimination of trees, shrubs and other plants which provide food, shelter or roosting sites for wildlife at the MMA and continued repeating same so the over 5000 birds around the roost at the MMA dispersed because they found the environment no longer welcoming.

FAAN has gone a step further to procure world class equipment to manage this challenge in line with international best practice. This is in addition to developing policy framework for improved reporting and data collation to better manage the risk, an issue which was prominent among the discussions at the latest symposium.

Technical Assistant to the Director of Operations at the Nigeria Airspace Management Agency (NAMA), Bola Ahmed who presented a paper, Balancing Safety and Economic Concerns in the Face of Wildlife Strike Risk – Air Traffic Control Perspective from the Tower.

He said that airline operating companies’ major concerns are economic, ranging from fuel cost, ontime arrival and departure, passenger patronage, large turnover and big profits but stated that these  can only be achieved in a safe operating environment, but safety can sometimes bring a lot of pain .

Ahmed stated that in performing the balancing act between stickler for safety and stickler for economic prosperity, ATC believes there is a very small, almost negligible window of disagreement on the issue of wildlife control.

” Airlines are interested in making their profit by carrying out their services on time but cant do that if there are birds that could cause damage to their operating equipment, therefore they would have to patiently wait for the aerodrome manager to clear this obstruction and most times this does not go down well with operators but a little patience will stop any form of bird ingestion.

Ahmed said, “The foregoing have clearly shown that wildlife and aircraft don’t mix except the latter is carrying the former. It is an issue that brings certain interests (safety and economic) to the fore. But we have seen how in the face of the imminent danger, there is no clash of concerns. There is unanimity of opinion – let safety prevail. Balancing safety and economic concerns was relatively easy.”

In conclusion, recommendations reached at the symposium included among others, equipping wild life hazard managers with basic tools to do their jobs as one of the participants narrated a story where animals were brought in and a dog accidentally got lose but there was no tranquilizers to sedate the it as it pranced into the bushes.

Nigerianflightdeck is an online news and magazine platform reporting business stories with a bias for aviation and travel. It is borne out of the intention to inform, educate as well as alter perceptions with balanced reportage.
Previous Red roses round, Aero MRO and tackling bird strikes and more..
Next Flight dispatcher advises sick people to avoid air travel to avoid virus spread