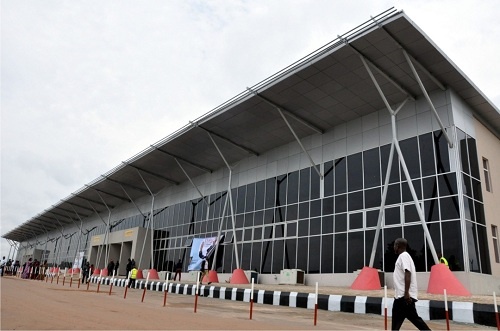 According to the airport managers, the expansion project, which will commence any moment from now, will only hamper passenger facilitation minimally at the terminal, but is all part of efforts to improve on infrastructure and service delivery

While appealing to passengers and other airport users to please be patient and bear with it, FAAN said:

“The expansion project, which will commence any moment from now, will only hamper passenger facilitation minimally at the terminal, as normal passenger check-in will not be affected in any way.

However, the Protocol and VIP lounge at the terminal will be affected, as the facilities will be relocated temporarily till the end of the project, since major construction works will be carried out in that axis of the terminal.

“Meanwhile, the Authority is already making arrangements for temporary spaces to be used as Protocol and VIP lounges, while the project is being executed.

“When the expansion project is completed, the terminal would have been enhanced in terms of capacity, aesthetics and passenger comfort, as the expected and expanded new lounges will be twice what is presently on ground.

“We will continue to give more updates on the project, as the need arises.”

Nigerianflightdeck is an online news and magazine platform reporting business stories with a bias for aviation and travel. It is borne out of the intention to inform, educate as well as alter perceptions with balanced reportage.
Previous Lagos-Dubai flights: NCAA awaiting official communication from UAE govt
Next Dana Air reintroduces early flights from Abuja Feb 1, as Captain Shokunbi retires