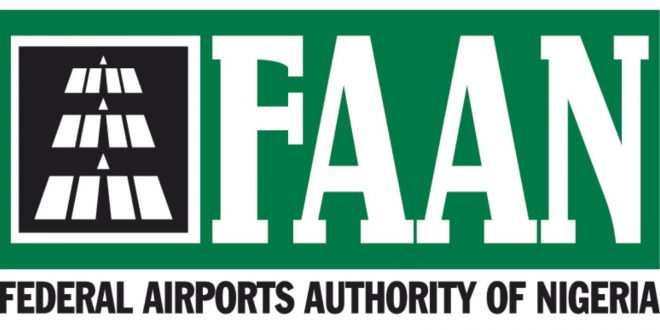 MANAGING Director, Federal Airports Authority of Nigeria ( FAAN), Capt. Rabiu H. Yadudu has said that the industry suffers infrastructural deficit that needs to be bridged and one way to ensure that is to ensue revenue generated by airports should be transparently re-invested wholly in operating and developing airport facilities.

Captain Yadudu made this known during an oversight visit by the Joint Aviation Committee which was in FAAN last Saturday, February 12, 2022 pleading for the suspension of the 25% contributions to the Federation Account in compliance with ICAO Standards and Recommended Practices  on Airport Generation.

Yadudu said,” The Industry has infrastructural deficit which has to be bridged. Therefore, Government Support in this area is needed. This can be achieved by suspending the contributions to the Federation Account in compliance with ICAO Standards and Recommended Practices (SARPs) Doc 9562 on Airport Generation, which provides that: – Revenue Generated by Airports should be transparently re-invested wholly in operating and developing Airport facilities.

Captain Yadudu said that even though FAAN does not have operating surplus, it had to remit N16.7Billion to the Federation Account as contribution to the Consolidated Revenue Fund as at the end of December 2021, for the year 2021 alone, in spite of the effect of the pandemic during this period stressing that this has impacted on our ability to adequately meet up with its obligations.

The FAAN boss said that the agency is proposing a Revenue Budget of N188Bn for the year 2022 as against N125.4Billion approved for the year 2021, amounting to an increase of 50.4% in the hope that the effect of the pandemic would have been over thereby leading to an increase in passenger traffic, as well as boost in the non-aeronautical revenue base of FAAN as already highlighted in the 2021 Budget performance.

Nigerianflightdeck is an online news and magazine platform reporting business stories with a bias for aviation and travel. It is borne out of the intention to inform, educate as well as alter perceptions with balanced reportage.
Previous NASS advises FAAN against demolition of private hangars for new MMIA
Next Unions turn gaze on brutality of defenseless AVSEC personnel at Nigerian airports