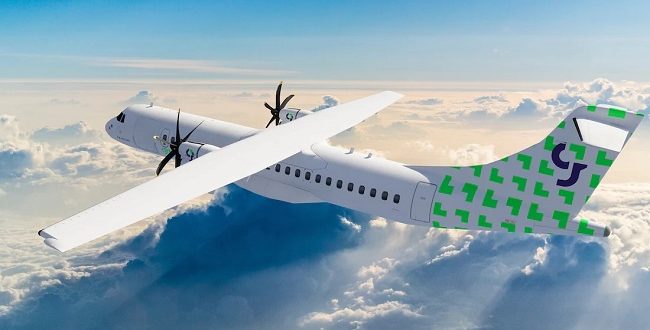 Green Africa has provided statistics showing that it has topped the lot with regards On-Time Performance, something that is a rarity for airlines in the country despite the multiple challenges including infrastructure deficit and lingering Jet fuel crisis.

On-Time Performance (OTP) in aviation is measured as a percentage of scheduled flights that departed at the published time plus a 15-minute buffer.

According to the airline, its impressive level of efficiency displayed in the face of some of the peculiar challenges facing the industry in the region has shown it has come of age since commencing operations in August 2021.

Data shown suggests OTP results for Green Africa from June to November 2022 shows that out of the 3,404 flights the airline operated during that period, 82.37% were on time.

This, according to the airline, is the highest reported OTP record in the Nigerian aviation industry during the period, thus earning the new airline the title of “Nigeria’s New King of OTP”.

This, it said, is also remarkable even by global standards and especially noteworthy considering some of the unique challenges airlines face in the region, including fuel shortages and infrastructure limitations, to name a few.

It revealed, “A closer look at the airline’s OTP on a route-by-route basis also shows some industry leading figures. The Lagos-Abuja flight Q9 300 is Green Africa’s first flight in the morning. The flight, which currently departs at 5:50 a.m., has become quite popular for customers who need to be in Abuja first thing in the morning but want to avoid the additional cost of booking a hotel room for an overnight stay.

“Out of the 183 departures of Q9 300 during the six-month period, the flight left on time approximately 166 times, which translates to an on-time performance of 90.71%.

The airline explained some of its challenges which it has to contend with after its initial strong start but has to regroup,” Some of the issues in its early days were around refunds due to flight cancellations and poor market understanding of its unbundled products and no-frill model.

“Green Africa, in response, regrouped and as stated by its Founder and CEO, Babawande Afolabi, in the first year gVersary email to customers, quickly made some key adjustments.”

“All refunds were cleared, and the network was revamped to build in additional buffers to better manage operational disruptions. A more targeted campaign was done to educate customers about its products, and customers have now come to appreciate the freedom to only pay for what they need on a flight.

“Thanks to Green Africa’s unbundled model, customers can now fly at least 25% cheaper than the average fares in the market, especially if they book early enough.

Omolara Kehinde, who oversees the company’s brand and marketing initiatives said, “Our promise to customers is to connect them to their dreams and loved ones. Providing an on time and reliable service is at the centre of this promise.” She continued, “Every gTalent at Green Africa values the company’s 5-Point Customer Promise, which are safety, affordability, service, reliability, and fun, and takes very seriously our mission, which is to use the power of air travel to create a better future.”

Nigerianflightdeck is an online news and magazine platform reporting business stories with a bias for aviation and travel. It is borne out of the intention to inform, educate as well as alter perceptions with balanced reportage.
Previous 7Star Global Hangar completes C-Check on Dana’s MD 83 aircraft
Next Court reaffirms status quo as Nigeria Air proponents fail to set aside AON injunction