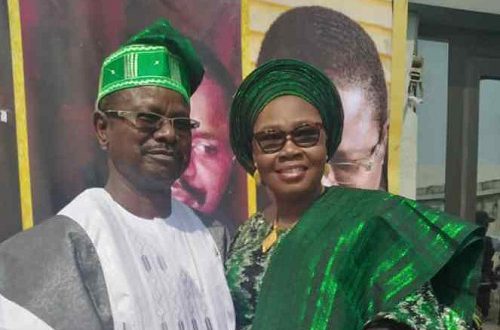 This is just as he urged the agency to ensure fire fighting staff are trained to competency level so that they can be relied upon in the event of emergencies in or around the airports.​

Mr. Agbi, made these known while speaking at a ceremony to mark his official retirement/60th birthday from service in Lagos, said federal government should support the management with the wherewithal to enable it equip the department with necessary equipment and knowledge so as to be at par with global standards.​

Agbi said ” acquiring the simulators is not enough. When you acquire a simulator, it should be complemented with the fire tenders, appliances and fire fighting machines with which they should practice. Equipment should be sufficient.”

According to him, capacity building among the workforce should also be pursued religiously stating Nigeria cannot afford to lack behind in modern fire fighting technology.​

Agbi said “The pace at which officers are trained is not enough because all officers that are fire fighters should be trained to competency level so as to remain competent so that they can be relied on.”

The authority is no having the wherewithal to fund this. It is up to the federal ministry of aviation to support faan in doing this such that they can rely on the workforce they have because if that workforce is competent, you can discipline any officer that fails or engages in dereliction of duty or that is not responding as required.”

He added that “They should continue with capacity building which is very important. When you train staff to competency level, that is one, they should be provided with the equipment to work, and then there should be opportunity to interact among themselves and be introduce to the public or the organisations around the airport.”

While urging organizations within the airports to support fire departments so as to boost their morale, the former Safety GM noted that “when I was doing my OJC at the Newcastle airport, you found that the companies and organisations around that airport always donate one item or the other to the fire service especially thing that has to do with their welfare, why do you think those officers will not be perform when they are call upon, that is motivation and something our people should imbibe too. I want a situation where organisations and firms operating within and around the airport to support the emergency services. They will be motivated when you do that.”

We must look into their curriculum as well, are the objectives meeting the demands of the organisation, how do we know this? We look to the safety, what are the type of incidences we are having, what are the mitigation factors, when we notice we have been having a particular type of incident, where can we practice should such thing happen in future, who are those to be train that will respond, they must be taught with the purpose for them undergoing such training, map out the units that will be engage, enumerate the areas they will have both theoretical and practical knowledge before we can deploy them for such emergencies.”

The former teacher told journalists that the country must train it emergency services handle incidences of radio active hazards and other dangerous substances that could pose dangers to the aviation.​

“if we have a radio active issue or a bio-hazard challenge, can our people handle it, the answer is no, are we or can we prepare for it, I can say yes, we have the university of Lagos nearby and other institution close by, are they equip so that they can be able to give advice on issues like this, no, so we must be looking at where we can get the knowledge and training for such condition should they arise. We are growing whether we like it or not, the fact remains that Nigeria is growing despite all the challenges we are having and the aviation industry is growing so in our attempt to catch up with modernity and the latest trends in the industry”.​

“we have develop an all encompassing curriculum that covers all aspect industry. Some of the things we thought will never happen in the country have started happening, so we must prepare for all types of emergencies foreseeable and the only way to do that is through competency base training.”

Also speaking, Agbi’s successor, Mr. Nath Mac Abraham, described him as a man with vast knowledge and experience of safety processes and procedures and the agency was proud of.​

On what he intends to bring to his new assignment, Mc Abraham said “Safety has four basic components. One of them is Safety communication, education and promotion, my background is training, so my goal essentially is to ensure that all staff of faan is very safety aware, and imbibe it as a culture”​

He explained that he intend to achieve the vision by “making safety principles available to staff through training awareness creation, and then we are going to bring the best practices of safety procedures we have observed around the world and work with the staff on ground to ensure that we reposition FAAN and make sure that safety take the central place it is suppose to take in the system.”

Nigerianflightdeck is an online news and magazine platform reporting business stories with a bias for aviation and travel. It is borne out of the intention to inform, educate as well as alter perceptions with balanced reportage.
Previous Air Peace enacts protective measures for passengers, staff against COVID-19
Next Capt.  Nuhu formally takes over as DG NCAA, solicits ideas for seamless operations