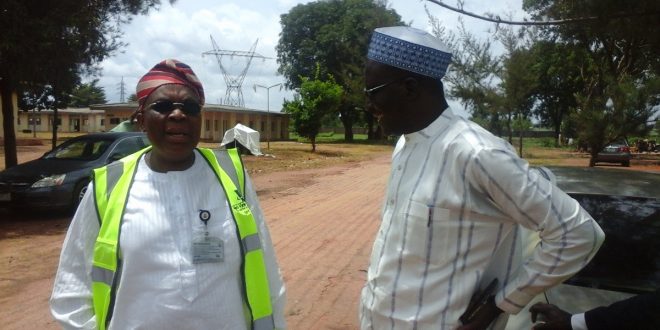 MED-VIEW Airline has attributed the delay to commence its operations to Dubai, the United Arab Emirates (UAE) Capital to high level aero-politicking as the airline states that another terminal DWC was approved for it to commence from instead of the sought out

This is just as the airline has said that it was merely misapplied documentation that made them resort to flying to the United Kingdom in June with an EU registered aircraft but stated that the misunderstanding has been sorted out.

Speaking on Medview’s foray into the international market, Managing Director Alhaji Muneer Bankole stated that the airline has challenged the plans of the UAE authorities and hopes that the airline will commence flying into Dubai on the 7th.

He explained, “We have the plan to commence Dubai July 4 and the challenge we are facing is that the Dubai Civil Aviation Authority tried to compel us to go to DWC which we rejected and the case has been passed to the Nigerian Embassy in Abu Dhabi, the Console General in Dubai and the Ministry of Aviation and they have written us a letter showing that they are handling the case. We have rescheduled to 7th of this month and I hope they will see reason.”

On altercations with the European Union over aircraft ban, Alhaji Bankole surmised that it was totally a safety matter and not something to be discussed over the pages of newspapers as the situation, which he described as minute, has been solved.

“Today we are the only airline running London, we are still sustaining it, it is not easy to be with the big boys and I am proud to tell you, I was invited to Brussels and I sat down an addressed all 28 EU nations and I want to thank them for listening

“There is no EASA certification, what you have to understand and what we tell ourselves, for people who are patient to know that when you go to a country, UK authority, including EU authorities for an airline to come from a third country; you must have a TCO, Third Country Operator Permit and that TCO will enable you to fly within their airspace.”

“the EASA certificate is one thing that bothers on European communities, the IOSA certificate is the one that comes from IATA which is more superior, as an airline we are certified, both the E-IOSA we are certified. The members of Med-view that went for the submission of the application for TCO did not do very well and that resulted in the appeal and that made med-view to use one of the European registered aircraft and that is the end of the story; anything you hear from another source is not correct and it doesn’t bother on Med-view but the Nigerian CAA.”

Nigerianflightdeck is an online news and magazine platform reporting business stories with a bias for aviation and travel. It is borne out of the intention to inform, educate as well as alter perceptions with balanced reportage.
Previous FAAN: Reaping the gains of Executive Order
Next Updated: Med-view commences hajj airlift with 1,140 today