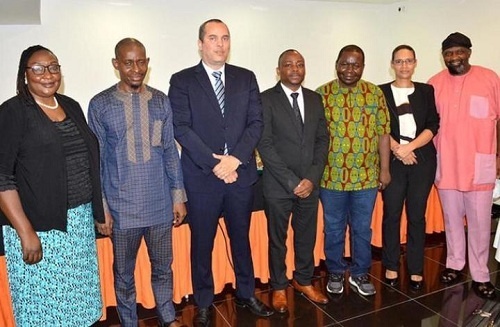 BANJUL Accord Group Accord Group Aviation Safety Oversight Organization (BAGASOO) has reiterated its mission is to guarantee operational safety in air spaces around signatories to BAG states as well as Africa in general.

BAGASOO encompasses Cape Verde, The Gambia, Ghana, Guinea Conakry, Liberia, Nigeria and Sierra Leone, and was established with the aim of promoting the highest standards of civil aviation safety in this region of West Africa.

Executive Director, Agencia de Aviacao Civil (AAC), Vasco Vieira who presided over the opening ceremony stated that the State of Cape Verde recognizes the role of civil aviation in the context of economic development.

He said the nation has assumed the commitment to transform the country into a civil aviation hub in the West African region.

According to him, a robust and efficient regulation is essential to guarantee a safe, efficient, economical and environmentally sustainable system, providing the end-user with the best possible experience.

Commissioner of the Banjul Accord Group Accident Investigation Agency (BAGAIA), Engineer Charles Irikefe Erhueh who was at the meeting on observer status commended the sister regional agency stressing that both organizations work in tandem to ensure air travel in West Africa and Africa as a whole is safe through safety regulations and safety recommendations.

According to the commissioner, there is a lot of grounds for interfacing as BAGAIA is always seeking new ways and partnerships in its bid to continuously ensure that the region has zero accidents.

He said,” It is one of our sole aim  in ensuring that we make safety recommendations that are effective and implementable by stakeholders including the airlines in particular and states of occurrence as well as of registration.

“Executive Director, I would like to thank you for your representation at the 6th BAGAIA Commission Meeting in The Gambia and assure you that your message of collaboration is well-received as we at this end look forward to a robust relationship with our sister regional safety organization.

“As an observer here, we would watch carefully, take notes, and where necessary inculcate in our processes and procedures to align those and make for fluid working relationships in the region. I would like to thank you for this opportunity and look forward to the deliberations in this meeting.”

Nigerianflightdeck is an online news and magazine platform reporting business stories with a bias for aviation and travel. It is borne out of the intention to inform, educate as well as alter perceptions with balanced reportage.
Previous Handling charges: Ground handlers seek NCAA support to create pricing threshold
Next Captain Modibbo, NCAT Rector, calls for new thinking to accelerate aviation recovery