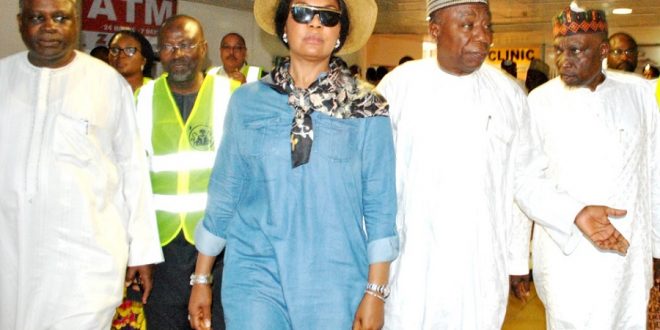 SENATE and House Committee on Aviation have vowed to get to the bottom of the controversy surrounding the concession agreement between Bi-Courtney Aviation Services Limited (BASL), operator of the Murtala Muhammed Airport Terminal Two (MMA2), and the Federal Airports Authority of Nigeria (FAAN) asking he terminal to submit documents of the concession agreements, which gave the entity 12 years to manage MMA2 and which further increased it from 12 to 36.

The Joint Committees on Aviation which stated that it would try to resolve the concession legislatively made this known during its visit yesterday as part of its oversight function on the facilities Murtala Muhammed Airport (MMA), Lagos.

The duo ordered the Chief Executive Officer of MMA, Capt Jarri William to supply the documents containing the agreements after the latter told the Joint Committee that the Federal Airport Authority of Nigeria (FAAN) had breach the agreement entered into as far as the concession was concerned.

On her own part, Onyejeocha said: “The visitation of today started from the international airport and it is an assignment that will take us through all airports across the country. So, it is of immense importance that we visit MMA2 today. And on the issue on ground, we have requested all necessary document which we believe will help us to get to the root of the matter. With the collaboration of everyone, we will try our possible best to resolve the logjam between Bi-Courtney and FAAN.

“The truth of the matter is that Nigeria has to move on. And so, we are going to do everything humanly possible to see that we do what is good for Nigeria and will work effectively to ensure that there is unity and progress of the country. And having said that, we have requested that they give us the first agreement and the second agreement and without prejudice to anyone, we will keep our fingers crossed until the end.”

“Supply the first agreement for 12 years and 36 years. We are going to look at both sides; FAAN and BI-Courtney. We are aware that you have invested heavily in the terminal .We would to look at the issues holistically as legislators,” the Joint Committee said.

However, BASL in a statement on Thursday, October 12, 2017 said, “On the contrary, it is FAAN and the Federal Government that are indebted to Bi-Courtney for an amount now in excess of N200 billion. N132billion out of this sum was confirmed by a court of competent jurisdiction in 2012 in the case of Bi-Courtney Ltd vs. AG Federation (FHC/ABJ/CS/50/2009).

Earlier , the MMA2 Managing Director had pleaded with the Joint Committee to stop the operations of the FAAN operated General Aviation Terminal(GAT) also known as terminal 1, so that the terminal can establish a good relationship with FAAN.

The plea industry watchers have said was a mission impossible, as the government that is looking for revenue to invest in infrastructural development cannot afford to take such decision.

Earlier, the legislators had wanted to know from Williams if airlines have right to decide the terminal to operate from, why MMA2 has refused to pay its indebtedness to FAAN? And if the terminal has the capacity to accommodate all domestic passengers.

The answers the MMA2 CEO gave did not quite satisfy the inquisitiveness of the legislators, Williams however claimed that the agreement was for all domestic flights to originate from MMA2, an explanation which some of the law makers find very difficult to believe, considering the fact that FAAN already operates GAT.

The questions asked by the legislators generated heated arguments at the departure lounge and this prompted Senator Ben Murray Bruce to ask that the issue should be discussed in an office setting.

Meanwhile, the law makers have said that the contractor handling the Enugu Airport has compromised the quality of the facilities at the airport, adding that this had led to the withdrawal of one of the airlines in the country; Aero Contractors from the airport.

The Joint Committee lamented that Enugu Airport runway, approach light and water was not working at the airport; the gateway to the Eastern part of the country.

“The runway is bad, the Approach light is not there, there is no 24 hours running water at the airport. This is not good for international airport,” The Joint Committee said.

He added that the runway is no longer safe for flight operation.

On Port Harcourt Airport, the Joint Committee said that the airport was not befitting, as the gateway to the South South, adding that it would meet with the Ministry of Aviation on the state of the airport.

On the new terminal at the international wing of the airport being constructed by Chinese, the joint committee stated that the project was built to standards but that the only problem is that there is delay in the job.

The Committee added that the project was to have been handed over December 2016 but that the contractor has assured the legislators that it would now be delivered in December 2018.

About 12 legislators from both the Senate and House of Representatives Committee on Aviation carried out oversight function on the facilities at MMA, Lagos.

Nigerianflightdeck is an online news and magazine platform reporting business stories with a bias for aviation and travel. It is borne out of the intention to inform, educate as well as alter perceptions with balanced reportage.
Previous Air Peace confirms arrest of ex-staff over Akure office burglary, commends FAAN
Next Francophone West Africa preaches integration as Med-view flies to Abidjan, Conakry, Dakar